It is so important. If you can truly listen then you can get the information that  you need. Perhaps not all of it, but often enough.

Carmen and I are working on our communication.

Enough generalities, let me tell you about our session tonight.

After work I was pleased to see that the weather was nice enough for me to work in the ring. I went out to the field and Carmen came striding right up to me. I gave her a pat and then brought her and Irish back to the barn.

I put her in the cross ties and began to groom her. I've learned that she prefers soft brushes so I made sure that I used the ones she liked. I tacked her up and headed up to the ring. I started as usual with our leading work. I took her up to the new mounting block so that she could see it. We then started our work. The plan was to check and then work on her listening to my directions. I was pleased that she walked off like I asked. After a round I asked for a whoa. She ignored me so I repeated the command and gave a jerk on the lunge line. She stopped suddenly throwing up her nose and looking at me all affronted. We repeated this a few times. I stayed calm but clear. After 3 tries when I said 'whoa' she stopped and threw up her nose (anticipation) but this time there was no jerk. Just a 'good girl'. After a few more of these she realized that listening the first time was important.

We then moved on to trotting and cantering up and down the ring. At one she point she clearly told me that she was worried about the old blanket in the corner. I stopped her and we walked up to it and stood there. After a minute she was grazing by it. So I decided that it was time to move on.

Once our lunge work was done I brought her up to the mounting block. She thought that it would be okay to drop her head and graze. I explained that no, that was not the idea.  I got on and we started off. I realized that while she was clear about my leadership on the ground she was less clear about it when I'm mounted. That's okay, I know what to do there- lots of changing of directions, praise and clear 'asks' helped her to focus.

When I asked her to trot off for the first time- to the left she hesitated a bit and then trotted off. However, her rhythm was all over the place as was her head. In the past I would try to 'make' her find the right spot. But Steele taught me that that was backward thinking. Instead I focussed on keeping myself steady - where my hands were, keeping my posting the same and basically using my body to tell her to find me. She found me, lost me, found me, lost me and then found me and we flowed forward into a lovely rhythmical trot. It was lovely. After a bit I brought her to walk and we changed direction. I asked her to trot and she gave a hop and pinned her ears. I did the same as I had done to the left and it got better but not great.  It seemed to me that she wasn't saying 'no, no, no' but 'ow, ow, ow'.

I think that my saddle is just not a fit for her. I will have to wait for the saddle fitter appointment (although I have one more half pad to try). I know that pushing the riding if she's not comfortable will do far more harm than good. I just have to exercise patience.

I count the session as a success as we were both able to listen. 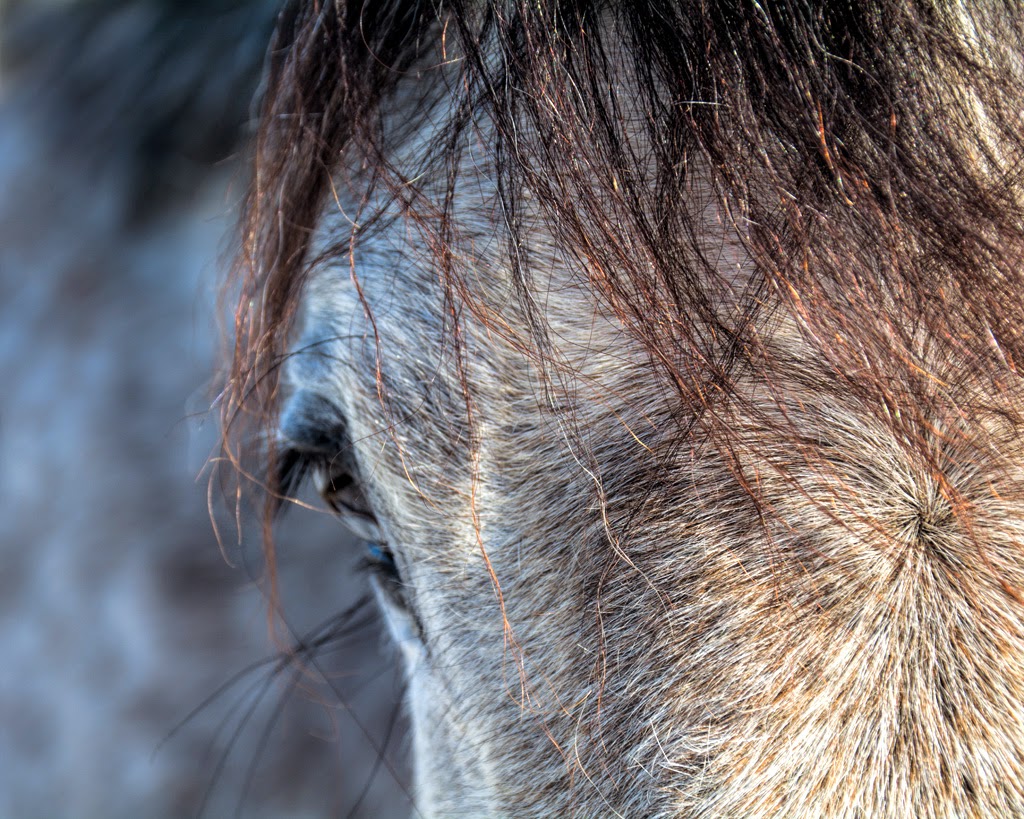