I have thought long and hard about this post and even as I type I'm not sure that I will hit 'publish'. But I likely will because, well, I wrote it so fuck it here it is.

This is your last chance to look away.

You may recall (but probably not) that last june I wrote a post that hinted of something difficult coming my way and how the emotional toll of that was coming out in my riding. That 'thing' was going to court against the people who's dogs were responsible for the death of my horse. It was one of the hardest things I've ever had to do - to relive that day in public. I was a mess before and after I just curled up on the couch. BUT I also felt a burden lift. I had my say. I also learned that the dogs were gone and the cloud of worry that has followed me ever since about them coming back was dissipated. In the end I felt better and stronger for having gone through it.

The verdict was delayed and it just came this week. The wheels of justice are not slow, they are glacial.  The verdict was against us- the premise being that a dog owner is only responsible for the damage caused by a dog on his or her's own property- not on someone else's.

While Ed and I were not actually expecting any funds to come out of this we were...what's the word? shocked? disappointed? devastated? Whatever. It just seems fucking wrong to me.

BUT this post is not about that. It's about what I have decided to do with this.

Steele's death has haunted me for three years. 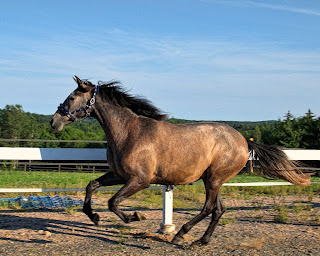 I am, though, at a point where I can look at his photos and smile. He was just so joyful and full of personality.

I can't let this horrible thing define me. I don't want to be known as the woman who's horse was killed. I want to known as a person who picks up pieces and keeps going.

So I have a choice:

I can dwell and stew on this which will change nothing but myself.

I can 'draw a line under it' as they say and look forward. The case is closed and I have spent enough emotional energy on it.

People suffer losses and set backs every day. Look around the world and you can be inspired by people picking up and dealing with whatever it thrown at them. Look at  Puerto Rico after the hurricane. Look at Haiti after the earthquake. Look at my friend's who have lost family members.

I chose to move forward.

It all sounds very noble and enlightened but the truth is that I have no idea what that will look like. I suspect it will be less a straight line and more of a bendy, twirly line. But it will be my line and my choice. I am inspired every day by reading other blogs and how you all deal with set backs and devastating losses and go right back at it. My family, horses, dogs and cats will all be a big part of that. 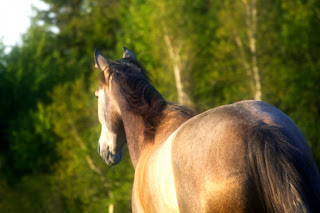 ********
I know that some of you may want to discuss the verdict. I am going to ask you to not discuss with me (although feel free to voice your feelings). This is part of me moving forward. If you feel strongly about it contact your MLA.
********