Sorry guys this is a rambling post, feel free to disregard.

In light of my recent struggles with Carmen and some observations at dinner time I began to wonder if her teeth were bothering her. At 7 years she is at an age where her teeth change a lot. I called and left a message for my vet to book an appointment. It's always tricky with sensitive horses to know when it's 'just' behaviour and when it might have  a physical cause.


With the lesson's learned from last year I realized that would need to have a plan around today. So when I was given today as a date for a medical test I decided to accept it. My father passed away from colon cancer so every so many years I have to go through a colonoscopy. I don't mind the test as much as the prep (I HATE to be hungry). Then my vet returned my call and said he could come on Thursday around lunch time. By then I figured that the universe was arranging my day and I should go with it.

On Wednesday in the morning I dropped Guinness off at the vet's for her neutering and then Ed and I went and picked out our Christmas tree.  It was pouring rain the whole day and we wanted the tree to dry before we put it up.

Ed rearranged his whole week so he could be close by me yesterday and today. He never did anything overt or obvious but he was there.

The test this morning went fine but after I had a reaction- I suddenly found myself feeling really nauseous and dizzy. The nurse came right over. My blood pressure dropped and they couldn't find a second number no matter how often they took it- it just showed as a '??'. My heart rate was 38. My normal blood pressure and heart rate is low but that was a bit much. After an I.V. I began to feel a lot better. I texted Ed to come and pick me up and to bring food. He asked what I wanted and I couldn't really think of anything so I asked for a cinnamon bun and fries-  I might not have been totally recovered by then.

When the vet came I described some of the things I had noticed. I felt a bit like an idiot because it really was just a hunch.  But when he looked in he found points and a really nasty one on the very back molar. He said that it would be painful. So I'm wondering if that has been playing a role in her reactivity. We shall see. After he left I had a nap and then began to decorate the tree.

Ed commented that I was doing very well today. And he is right. I felt far more in control of myself then last year. Obviously time helps one to heal. Another factor is a dream I had a few days ago. I often have lucid dreams and this one was particularly strong.

I was walking in the woods and met with Steele. I hopped onto him and rode him for a while through the woods. I do not know how long. After a a bit I dismounted and gave him a hug. He walked off into the forest and I woke up, feeling sad and comforted all at the same time.

I find myself in a place where I can remember and feel both sad and happy at the same time. Maybe I'm growing up. Maybe. 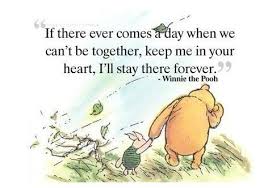