After I posted my last blog entry I received tons of support from my blog readers and friends on FB. I want to thank all of you for reaching out to me.

With the unerring perception of horse people two of my friends reached out and offered me a ride on their horses. More than that they offered me companionship. Funnily enough they were both at the same location. Ed thought that it was a fabulous idea. So on Sunday I put on my riding clothes and drove out to Red Phoenix Farm. I was excited.

Karen kindly me allowed to ride her stallion, Kalimo. He's a stunning bay Andalusian and I was thrilled to have the opportunity. Sitting on him was like sitting on a powerful sports car. Kalimo is a very serious horse and he worked very hard to figure out what I wanted. As I rode him all my worries disappeared because I became focussed on figuring out how to establish our communication. I'm not one of those people who leap at the chance to ride someone's horse. I like to take my time and get to know a horse. This means that it's usually the 3rd or 4th before I feel truly comfortable. But Kalimo was not only a serious soul, he was kind and well trained. Karen left us to our own devices and we puttered around the indoor. He could have cared less that there was a mare in there with us. As we rode I could feel him gaining confidence in me. It was fun.

After I was done Karen said she's put him away but she was busy teaching and I said that I would do it. I had no worries about being in the stall with him. After I gave him a groom and a carrot he gazed at me calmly with the most beautiful eyes.
"thank you" I said. I believe that he said "you're welcome" 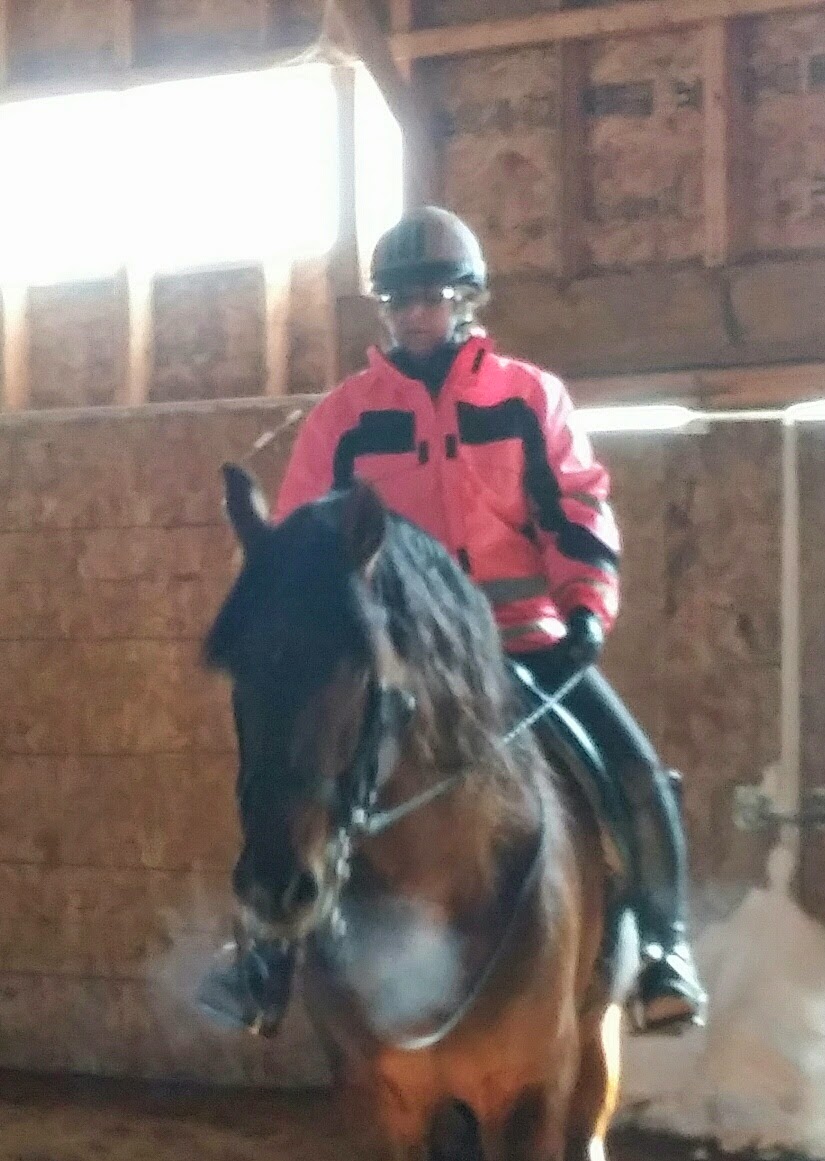 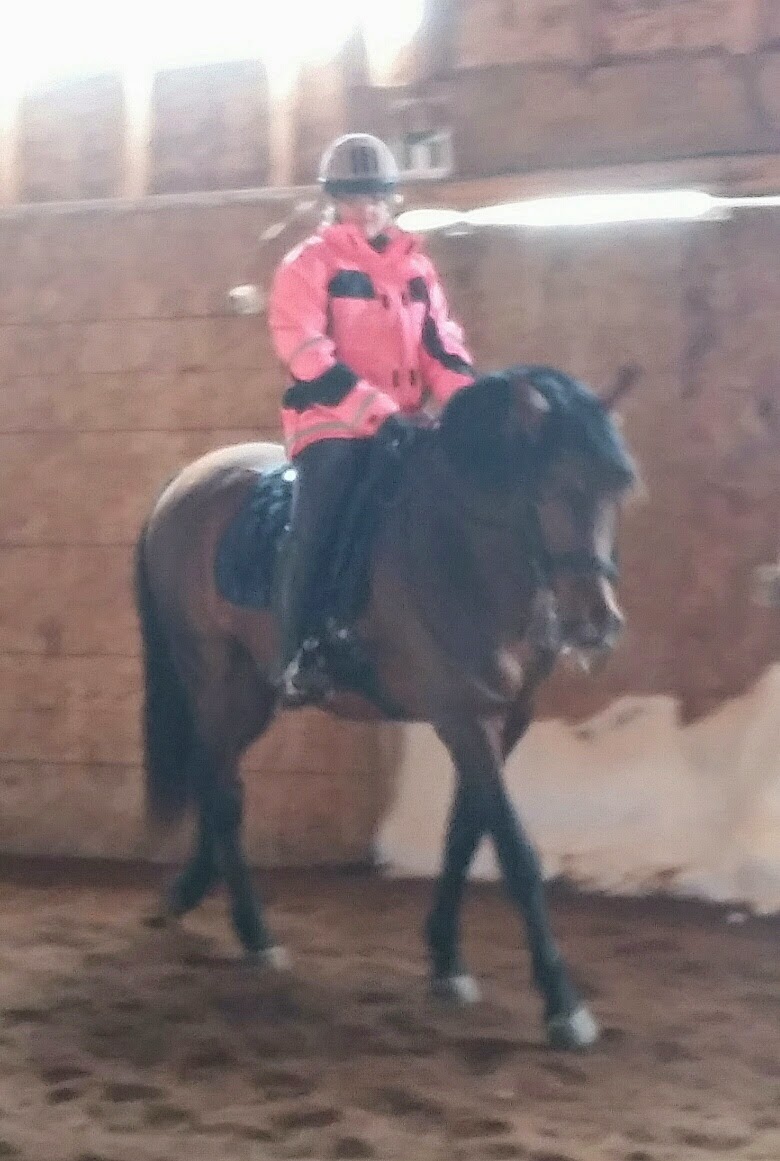 After I had a short ride on Steele's aunt- Flamante. To call her a character would be an understatement. She was a challenge in a completely different way but also fun. 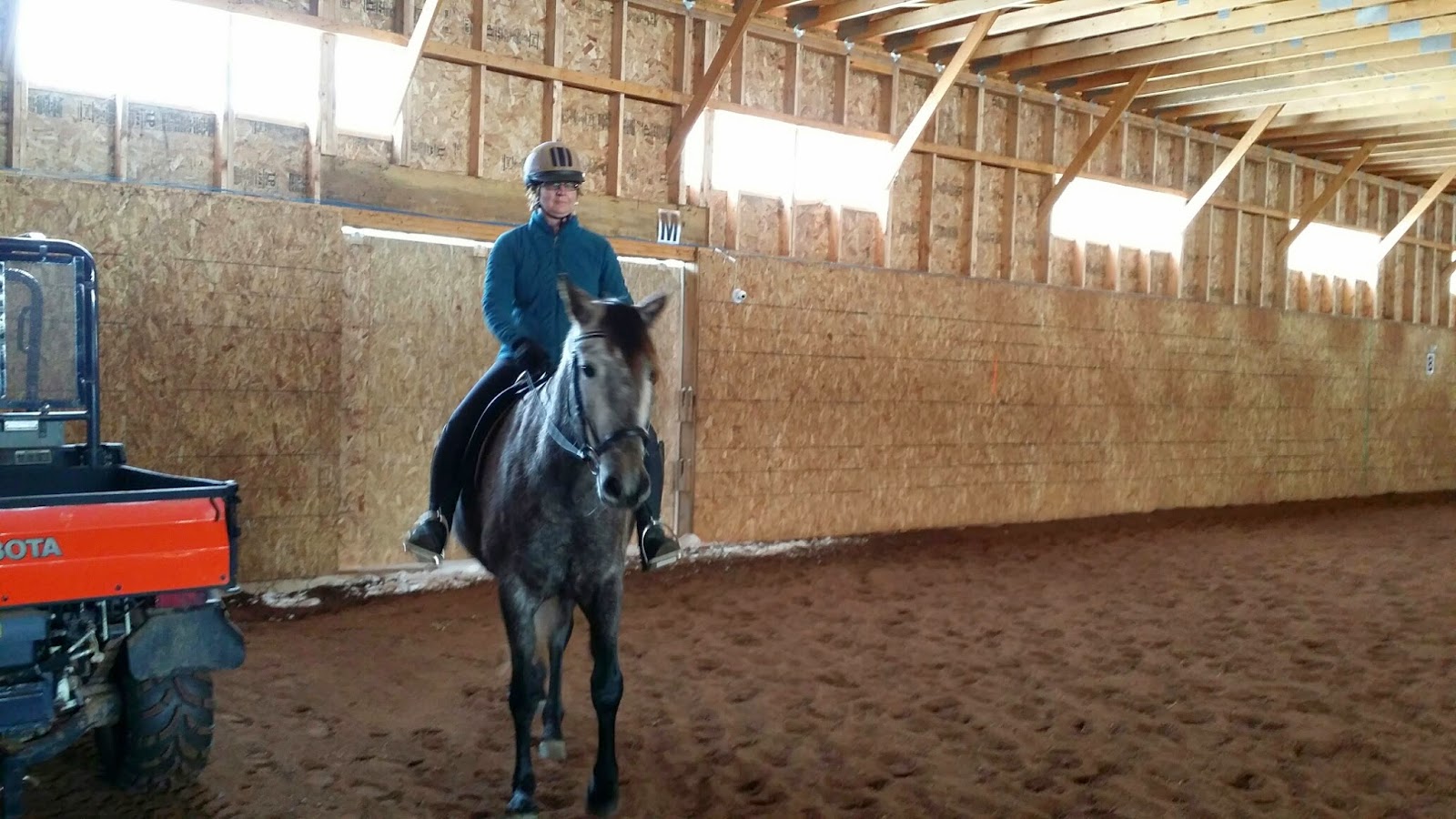 You can see the family resemblance.
After we had a wonderful lunch at a local restaurant- I had 'cinnamon, french toast casserole'. All I can say is 'yum'.

Friends, horses and food. It does a soul good.