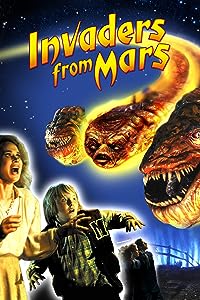 It was a beautiful summer day on the farm. I was in the city for work and Ed was home with Guinness. Ed headed outside and realized that he could hear bells.

Now the sound of bells is not new- we've been hearing them for a while from across the street. I quite like the sound. But this time they seemed to be very close.

Meanwhile, I am coming back from lunch when I hear a text come across my phone:


Our neighbours cattle and sheep are over on our property. No one appears to be home at there house. Right now they are over buy the path entrance. Any ideas on what to do?

I did a second take and then dialled his number. I confirmed that indeed there were two bovines and sheep on our property and that the owners weren't home. Ed said that they started to head into our woods.

I was worried that they might get lost or on the road. I told him to call our Julia because she knows everyone. In the meantime I sent the following text to Ed: "take photos for my blog".

Priorities, amiright?
And he did so you have him to thank for the visuals.

It turns out the I was right, not only did Julia know the people but she had their number.  She called them and they came over to collect their wandering pets ( I found out that today which is just so sweet).

Ed siad that the big brown one and the sheep were happy to go home but the white one was thinking that he might want to stay. A bucket of feed changed his mind.

I think that that wee sheep with the cattle is so freaking adorable.

And what did the equine residents think of all this? Pretty sure that this photo sums it up:

Carmen was still a bit jazzed up about the whole thing by the time I got home to ride.
You won't believe what happened today! We were invaded by aliens. They wanted to steal our grass. That god that male servant was here to take care of us. You were no where to be seen!

The fun never ends around here.