Our weather was unseasonably mild up until January.

I was even heard to complain about it.

Next year you all have permission to smack me if I do that again.

Winter has hit with a vengeance. We are having multiple snow storms. If it was just snow it would be easier. But they are combinations of rain, snow, sleet, ice pellets.

On the weekend we had a big thaw and sudden freeze. As a result the horses' sliding doors to their paddock are frozen solid. No matter how hard we worked, we couldn't stop the ice from pooling around the doors and then freezing. This means we have to lead the horses in and out. A pain but not huge. The other problem is that they don't have shelter in their stalls and I have to rig up a method of giving them water that won't freeze solid.

Last night we had another storm. There were actually 3 weather warnings issued:


The weather was to change from -10 to +10. I made it home before the weather got really bad. I'm glad that I left early because once the snow started it really accummulated fast. Each time I went out to feed and check on the horses I had to shovel off the deck. While we did get some ice pellets it never warmed up enough to rain.

In the morning the dogs and I trudged out to the snow to the barn. I had been smart and put the shovel outside the barn so could clear the doors to get in. I left the horses in for an hour or so while I had my coffee and fortified myself for the shovelling. Ed and I went to work clearing the snow. He drove the tractor and I wielded the shovel. We also cleared out the little paddock so that the horses could have a a path and so that there wouldn't be a flood if it melted suddenly (that can happen here). We also managed to get the door to Lexie's stall to open so that they can have access to shelter and water.
After all that I showered and headed to work. I needed the rest. 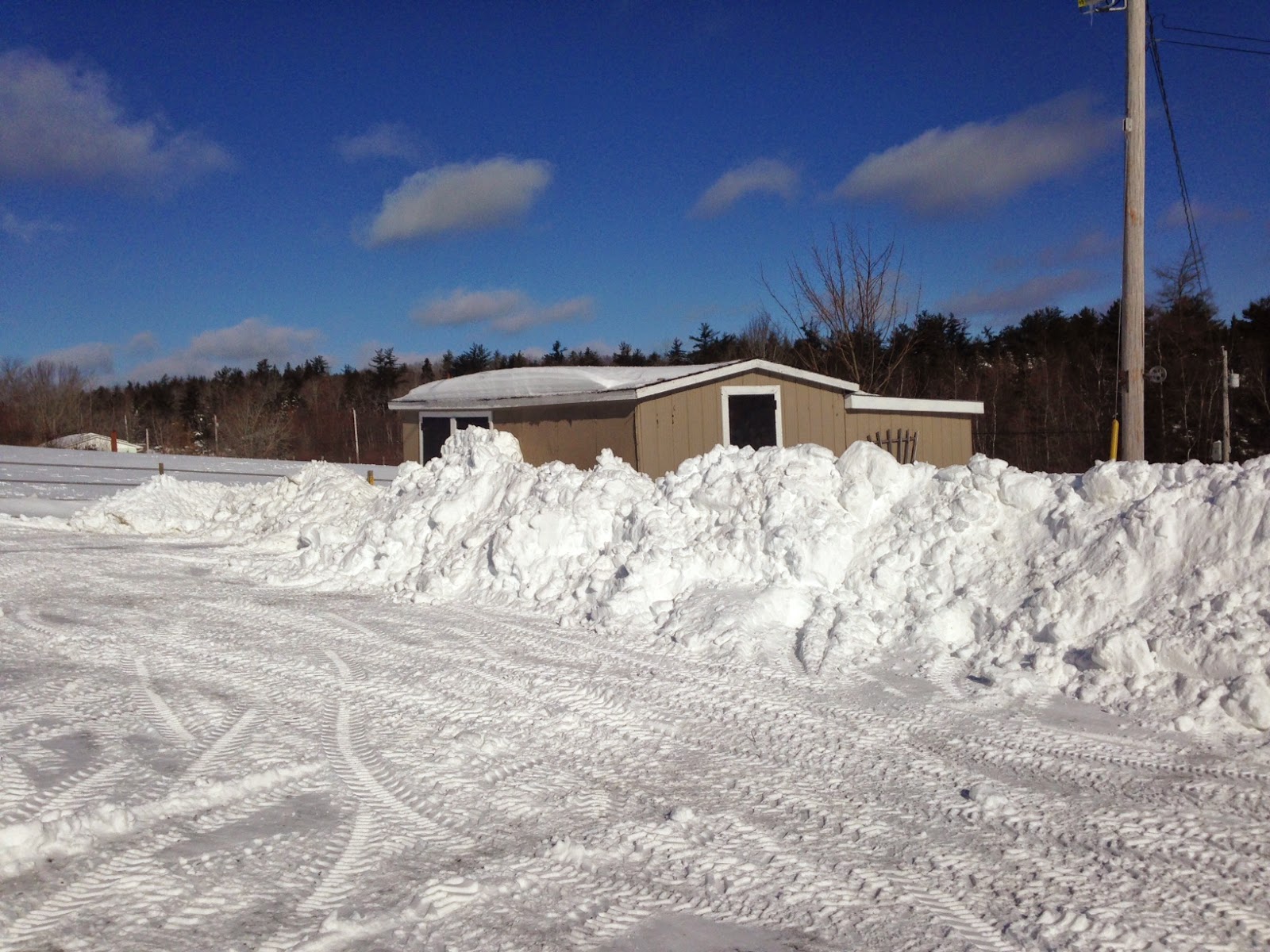 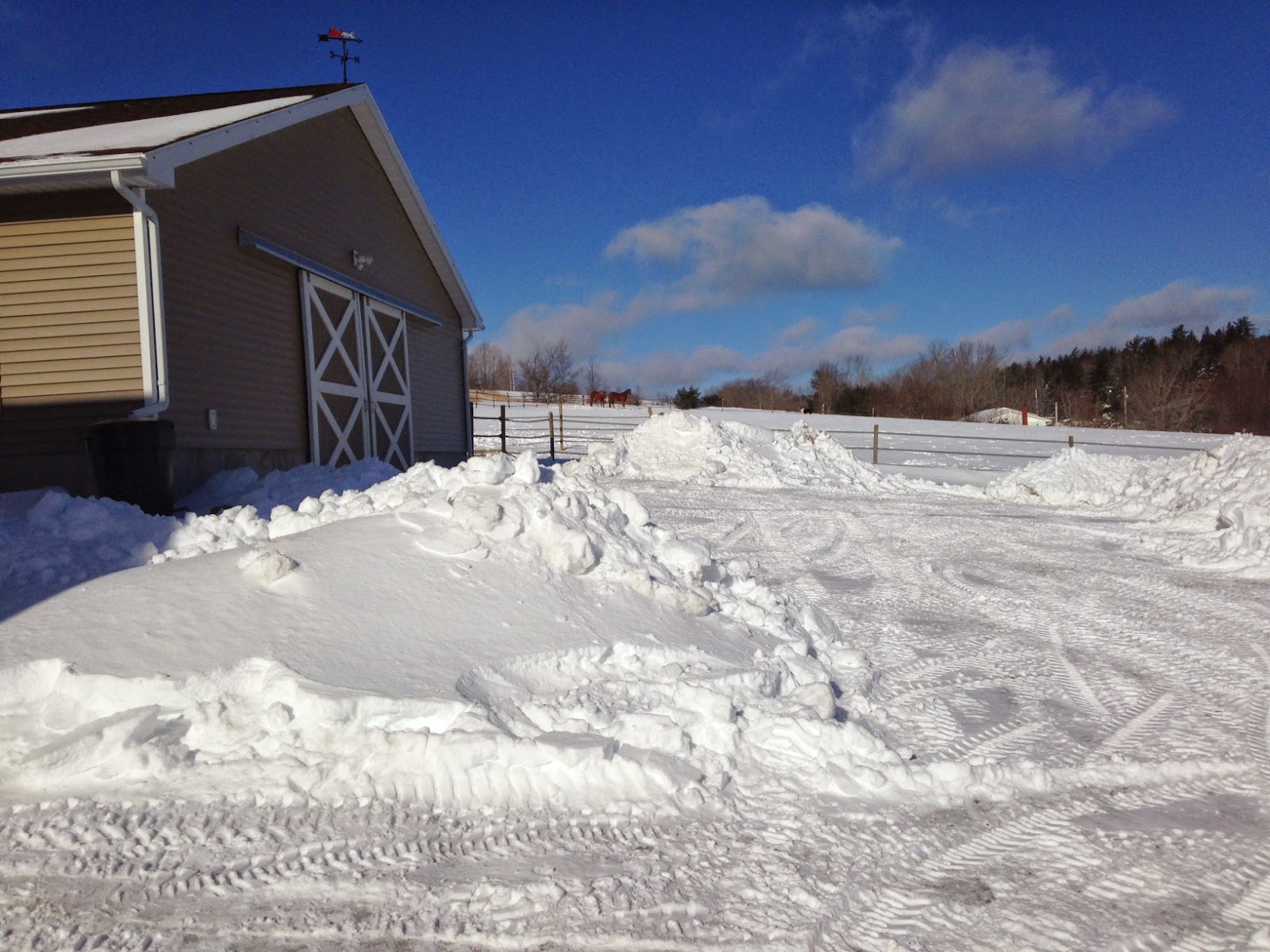 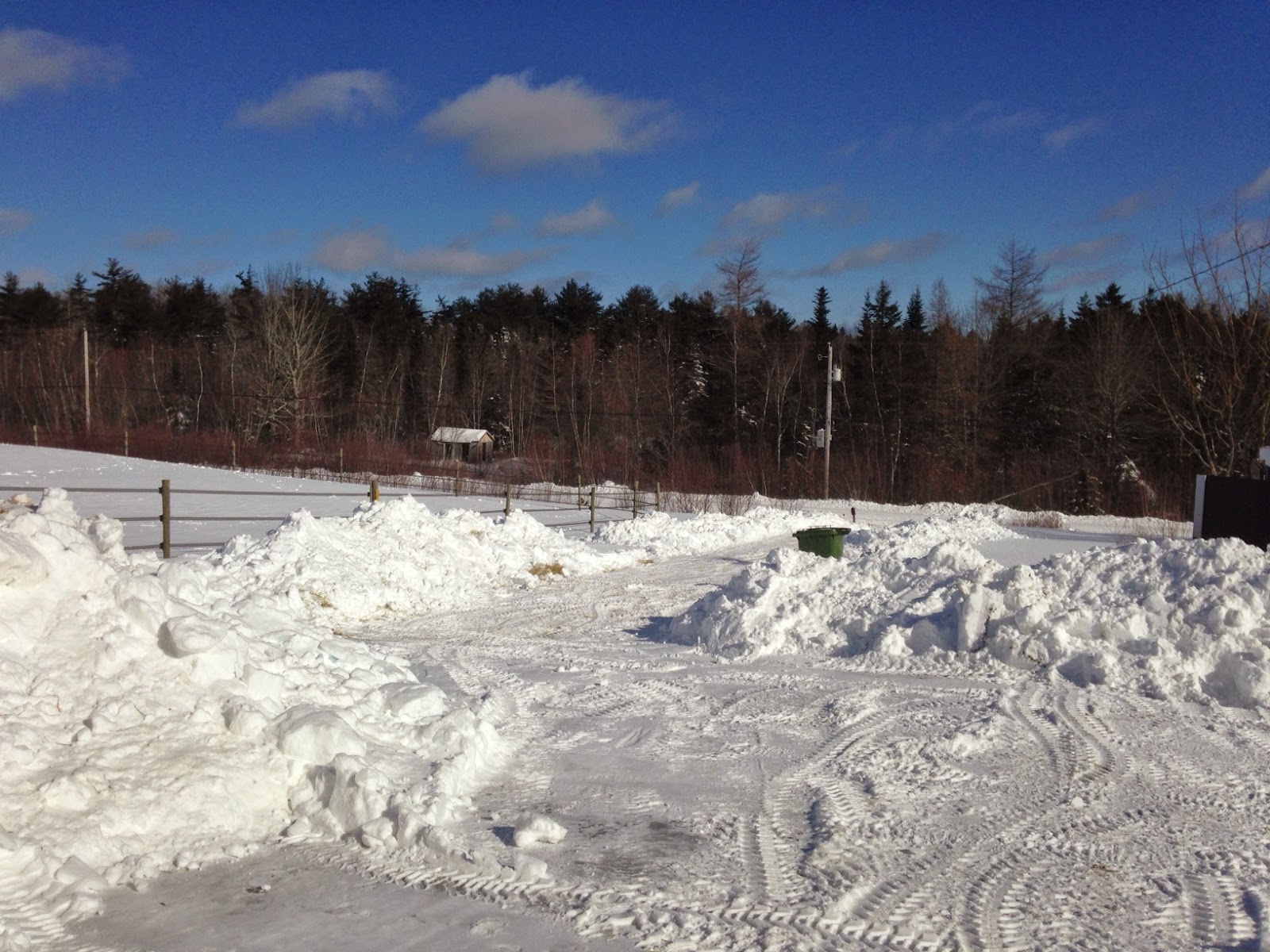 I really think that Canada needs to adopt a southern Island nation.

I wonder how difficult it would be to immigrate to Australia..... 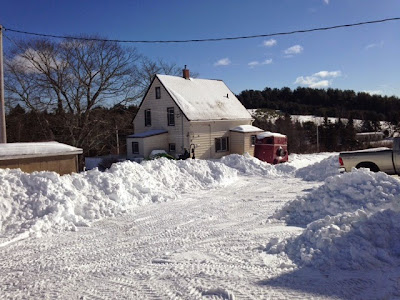