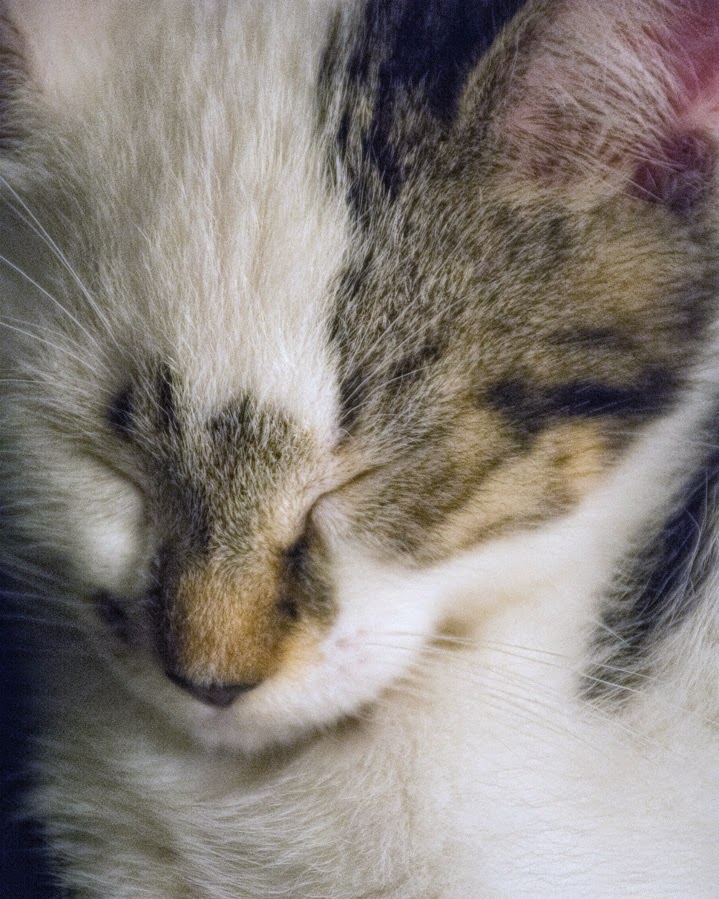 Ed and I had been discussing getting a second cat. A female who might actually want to hunt.

Unlike Martin. He hunts when the mood hits. In fact we're not sure if he just doesn't pick up mice that have died of natural causes and bring them home for credit. 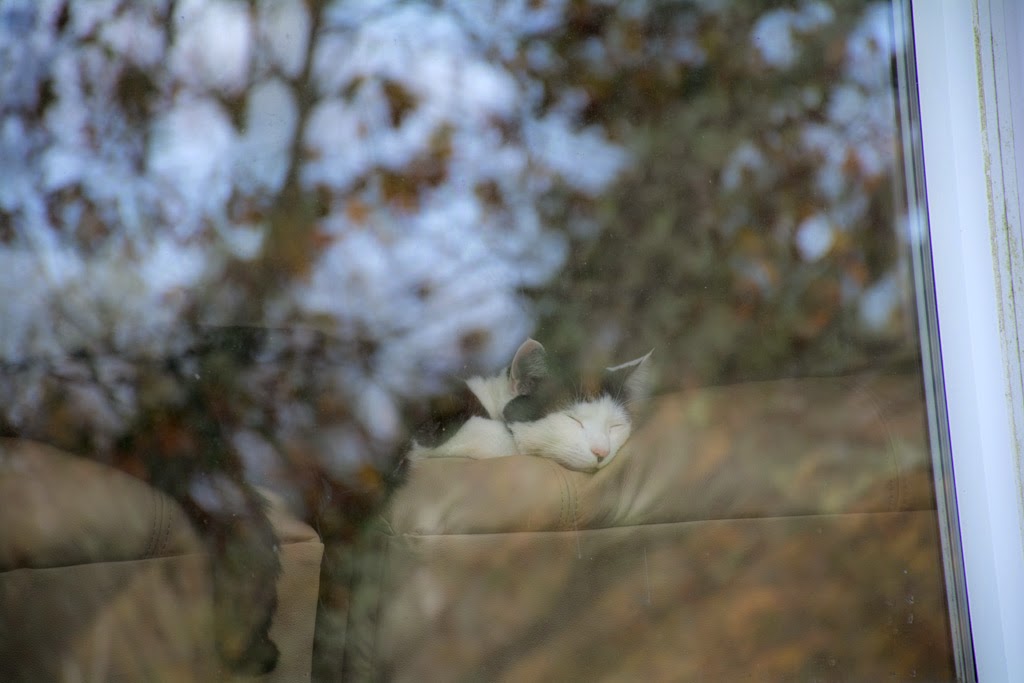 She was quite vocal in the cage and as soon as I picked her up she began to purr. 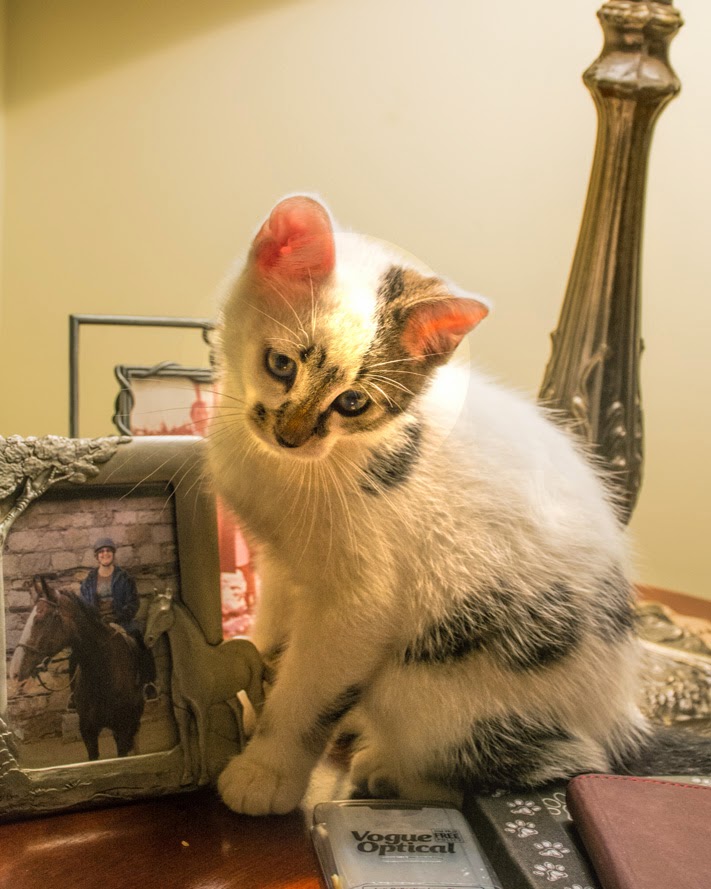 We brought 'her' home and she immediately imprinted on me.

Today I got a call from the Shelter. Turns out that we brought home a boy cat. Oops. I sent Ed a text. I also said that it's too late to return 'her/him'. All he said was, 'fine. I hope that he likes to hunt because we're not getting a third cat.  So we need a new name.

Since we got him she has been stuck on me like a little burr. For the first time in a while I found myself laughing out loud at  his kitten antics. His purrs are like little warm vibrations wrapping around my heart.