The other day two colleagues at work presented to us on the Not Myself Today project. It was very well done. The purpose is make the work place more open and accepting of mental health issues. As a person who struggles with anxiety I really like this idea. 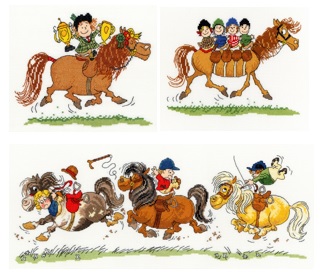 OR I could think 'great, now everyone is going to be bugging me for stuff and expect me to pay for everything'.

Royce has left Carmen and I on our own for this week. Which is good because I want to practice stuff. And it's bad because I'm worried that I will screw it up.  I rode her tuesday night and it was very windy (seriously weather, knock.it.off). She was spooky and looky and I had to work really hard to keep her attention. But I did it. We did it. We didn't lose our heads and I found that I had the tools to keep her in line. Was I thrilled- not so much. We didn't really seem to accomplish anything other than 'not die'. But I realized that this is the plan and I need to stick to it and have faith that we'll get there. I remembered that Royce said 'I don't care if you only ride for 20 minutes as long as you RIDE.' I felt that I had done that.

This morning I had to go away for work so I rode super early to make sure that I got a ride in. When I went out to the field the horses were at the top. Irish stood still but, when I got closer, Carmen walked off. One filter would be 'my mare hates me and this is not working'.  But the other one was 'she's testing me to see what the boundaries are'. So when she walked off I shooed her away and gave Irish some attention. She circled back to us and stood. I approached her and she walked off- with her butt to me. Very rude. So I smacked it and went back to Irish. We stood as a little herd and she was excluded. This time she came up, politely, and I put her halter on (Irish- best wingman ever).

As I led her to the barn I did all the ground work that happens in the ring. Once we got to the ring it did not take long to have 100% on me. I realized that I didn't need to do more- I needed to get on. I put on her bridle and got her to line up at the the mounting block (I've been working on teaching her to respond to 'line up' during our ground work). I got on and counted to 100 in my head. She didn't move. At first her ears were forward. I did nothing but count. One ear flicked back briefly. I kept counting. As I hit 30 both ears would swivel back and then forward. By 60 one was back all the time and one went back and forth. By 90 both were back and she was waiting for me to give direction.

At 100 we walked off and went to work. I practiced everything I could remember- and this time I remembered to give her rein and freedom. I remembered that when she was tensing going down the long side to bring her off and then bring her back.

Any direction, action or pace all were my idea. If I felt her wanting to left we went right. As we worked her ears were on little swivels. If they locked on something that was not me I did something to get her attention back.

If she spooked, even a tiny flinch, I would stop and back her toward what spooked her. We backed into and then  rested in the scary places. She would tighten up and then sigh and lower her head. It was awesome. There were even some floppy ear moments.  She is learning to look for answers and to try to figure stuff out. Before she only had two responses- submission or flee. Now she's thinking about what I want, not what she thinks she should do. And she's finding that more comfortable. I can feel her trusting me more and understanding that someone on her back does not have to be a bad thing.

I dismounted and we walked out of the ring down to the barn. Her whole demeanour was relaxed. I walked her by the barn and up to the garden (I wanted to check it  out). She didn't care at all. She was happy to stand there as long as I wanted.