Saturday was a beautiful day- sunshine and temperatures just above freezing gave us hope for spring. Even the birds were chipper.

Sunday morning we woke up to ice pellets being driven against the bedroom window. With a sigh I got up and donned the layers needed to head out to the barn. The wind and ice bit into my face. When I got to the barn there was a layer of ice over the doors. I grabbed the handle and pulled. They didn't budge. I kicked the bottom of the door to release it from the ice. I pulled again. It moved half an inch. After much pulling, kicking, hufifng and pufifng the doors opened enough so that I could stumble inside.

The horses were looking at me.
You certainly took your time.

I went into the tack room and grabbed their feed. I then cleaned out their stalls. I decided to wait to let them out until the freezing rain stopped. By the time I got back to the house and wrapped my frozen fingers around a steaming cup of coffee I was not feeling particularly perky. I opened my laptop and clicked on my weather app to see a read weather alert: Flash freeze warning!  Great. I thought. Just great. I finished my coffee and headed back out. I grabbed the shovel and headed to dutch doors. The rain that fell the night had formed puddles and these puddles were starting to freeze. As they froze, they were creeping up the doors. I quickly broked the surface and started to move the icea away. I realized that I needed to dig up the whole trench so that the trapped water had a place to escape to and not expand and trap the doors. This took an hour. I then wrestled the doors open so that the horses could come out. I had shut them in the small paddock so that they wouldn't run and hurt themselves on the ice.

I decided the grab my camera and take a few photos of the ice. I knew that if I went back in I would not want to go back out. 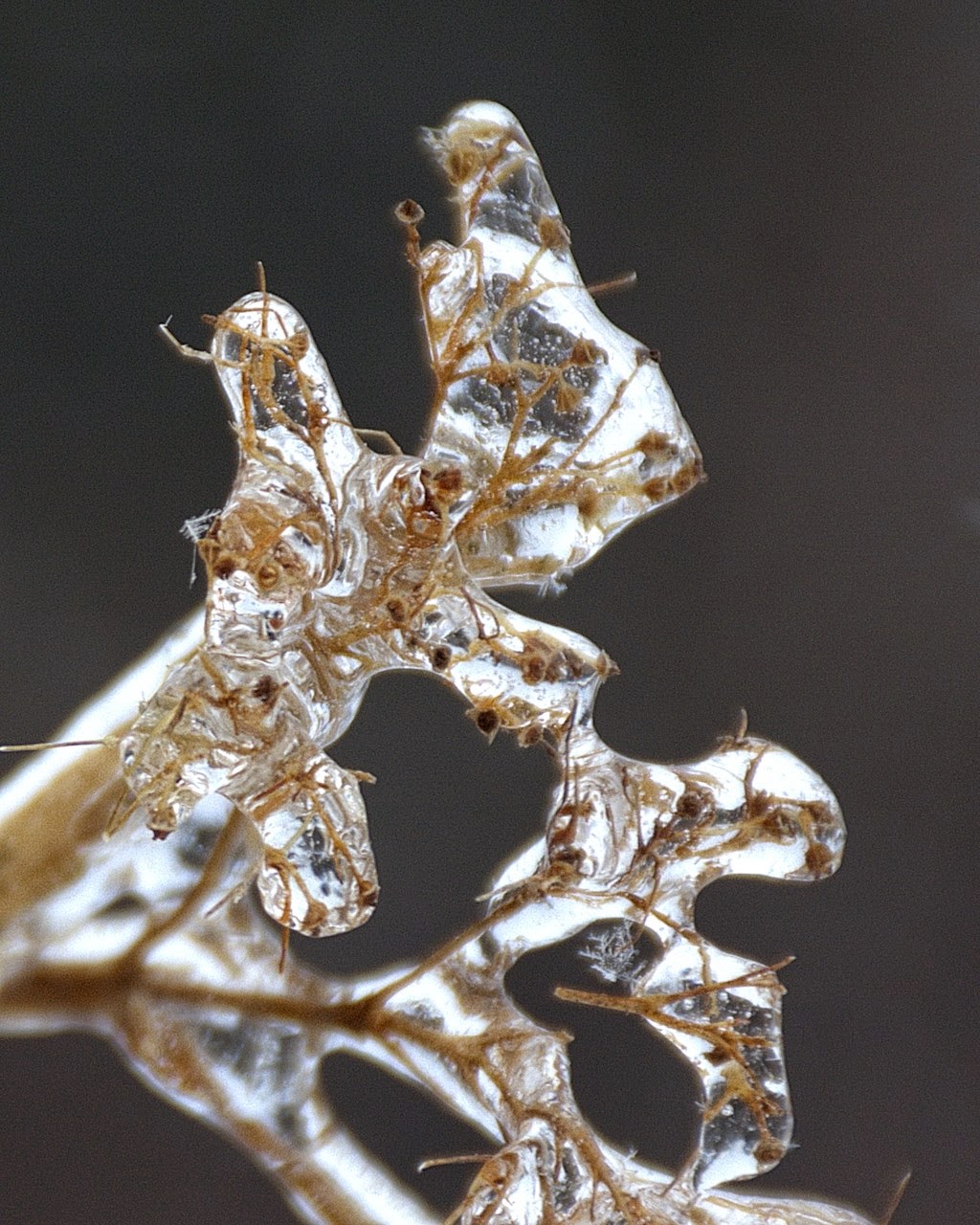 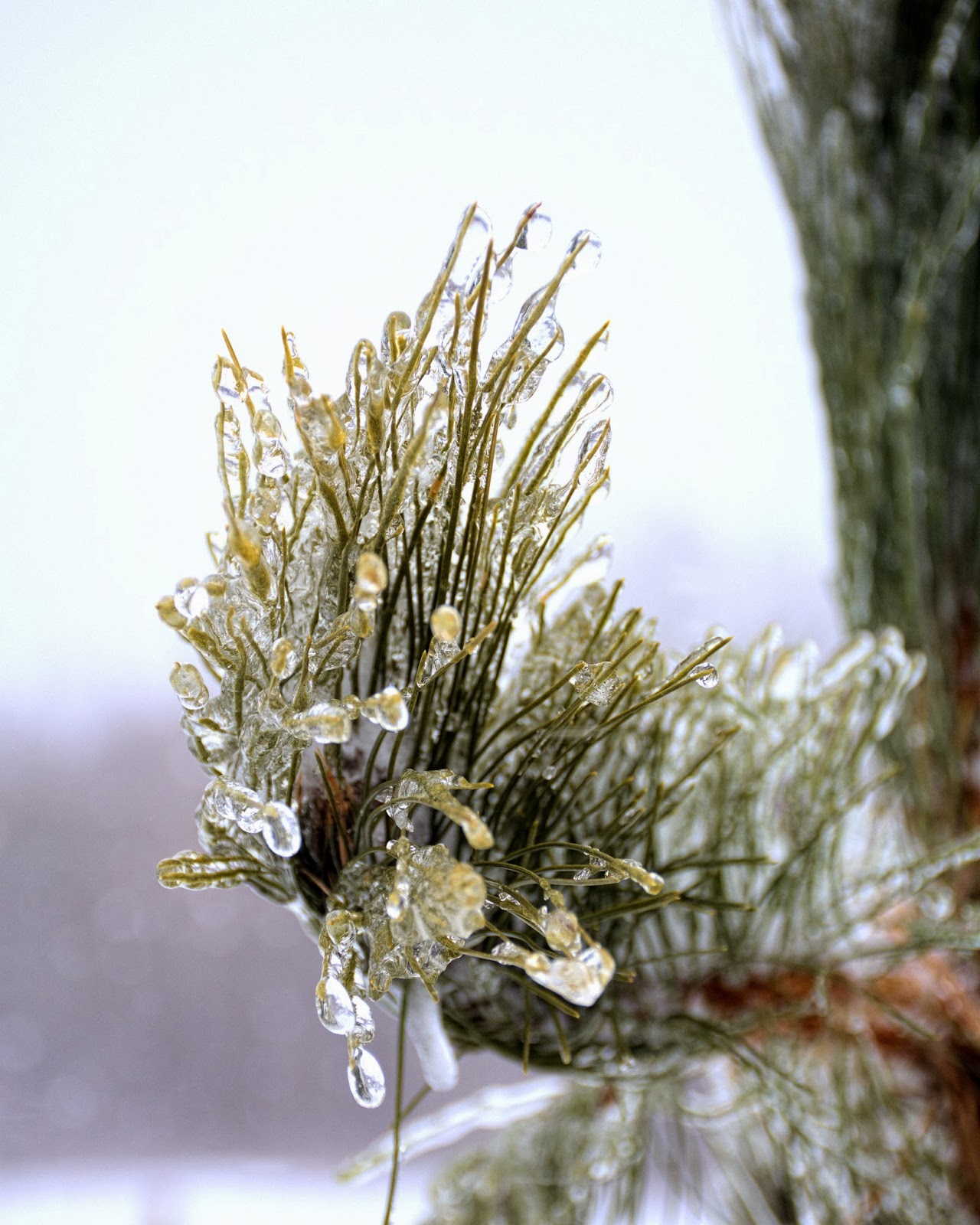 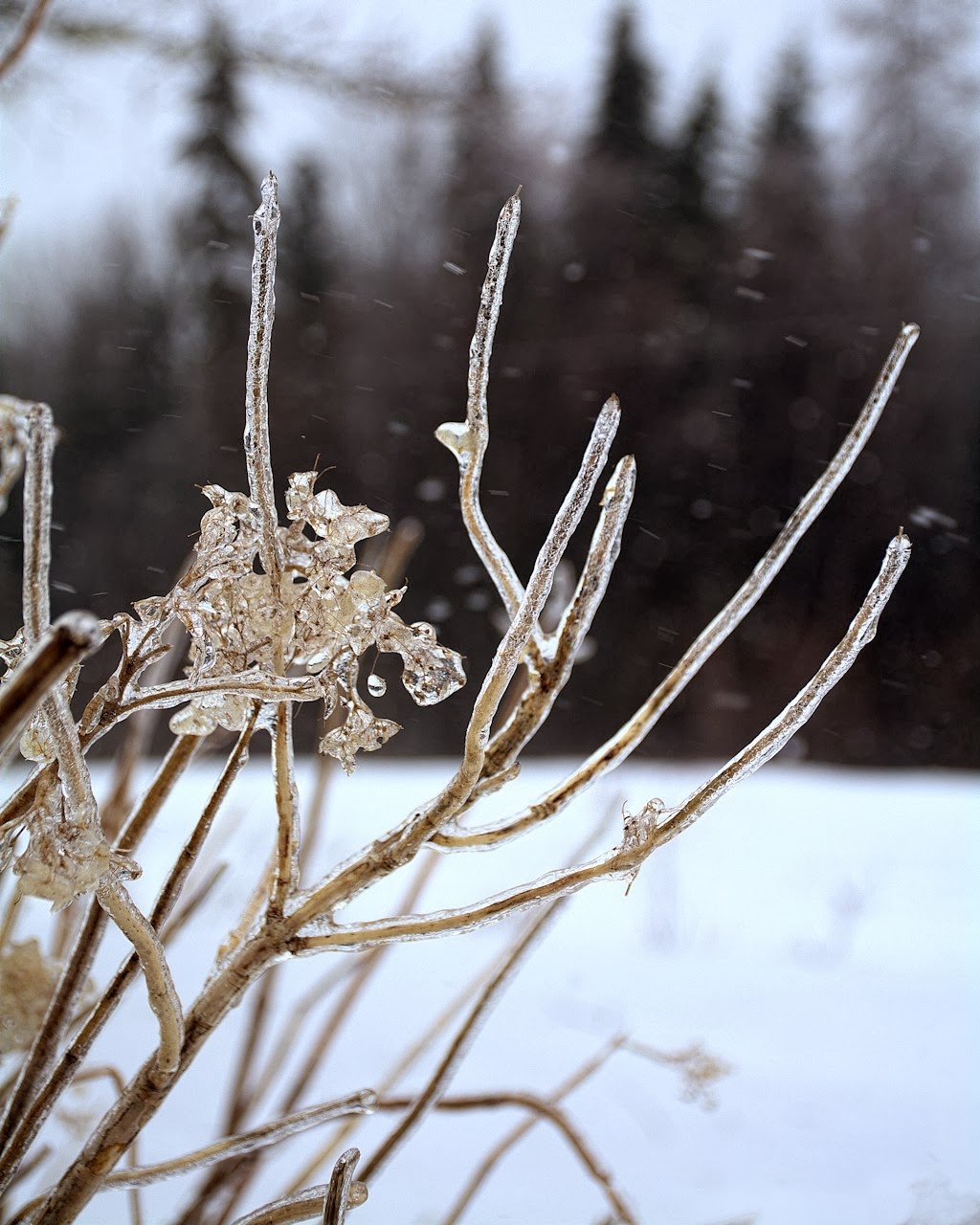 After taking a few photos I headed back to the house. Then the conditions changed to blizzard- the wind actually blew me back across the icy crust. I headed back to the house, not being able to see very well. Another strong gust of wind blew in my face. I shut my eyes and then, crunch, I was trapped. I had accidentally walked into a snow bank and my foot had broken through the crust. The snow below was soft but the crust was firmly wrapped around my thigh. I tried to lift my leg out. Nope. I tried to push off with my stuck leg but I couldn't get a purchase. As I was flailing around, Belle noticed that I was trapped. She rushed over and began to lick my face. She's not a dog to let an opportunity like that pass her by. More flailing ensued and I was free.

The wind was blowing the snow directly back into the stalls so I headed back to the barn to bring the horses back in. Steele was easy- I simply threw a lead line over his neck and led him into his stall. Irish thought, was having none of it. He knew that he had just been let out and was not impressed over me trying to get him back in. However, after a few minutes convincing him that yes I was serious and yes he had to listen. I wrestled the doors closed and then headed into the house.

An hour later the sun came out.

So back out I went to let the horses back out. By now even Steele is thinking that I'm losing it. Irish has been sure for a while.

The ring is frozen solid and there's no hint of thaw: 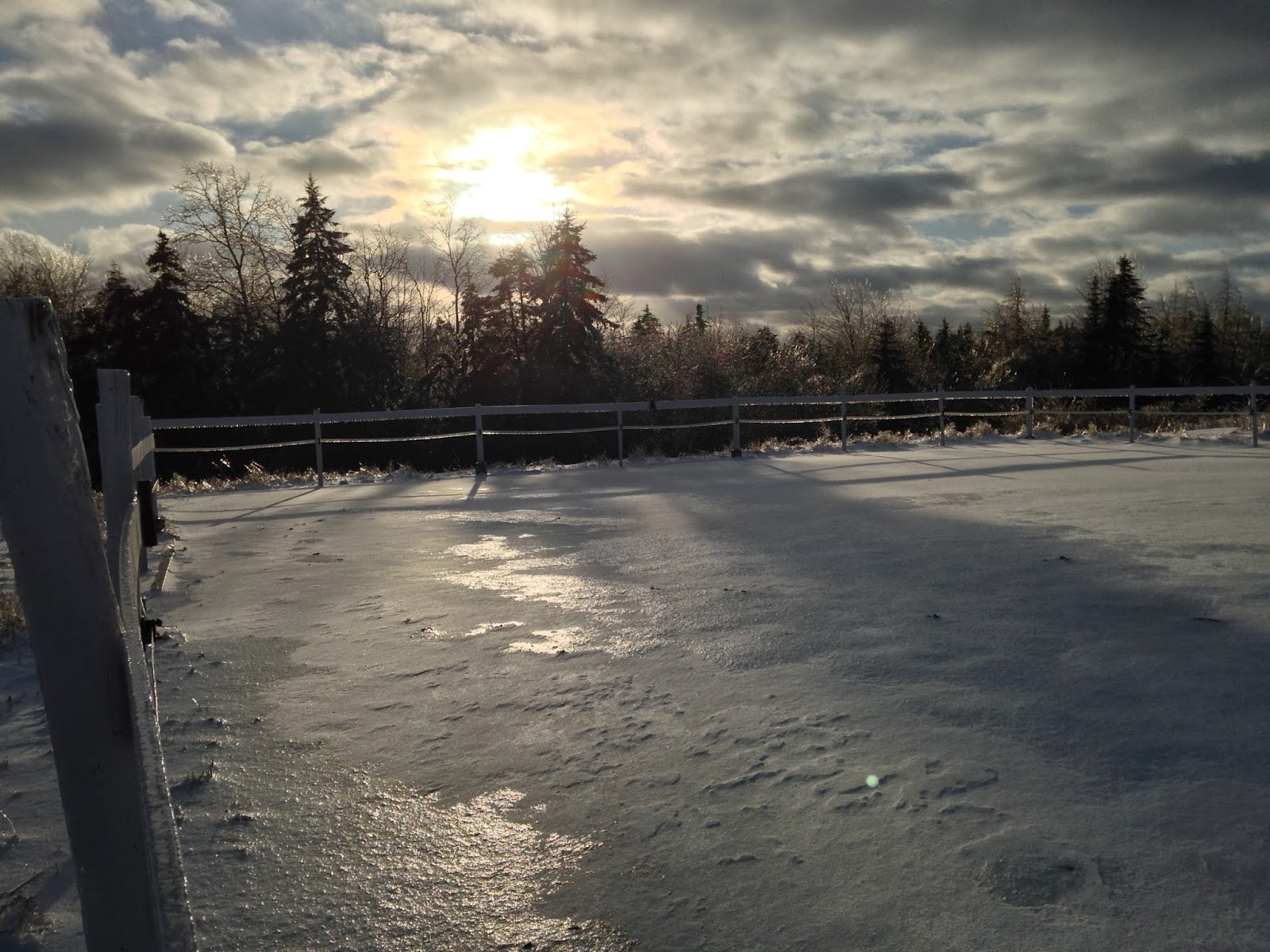 I know that my natural optimism will reassert itself but for now I'm not sure what will break first, Winter or my Sanity.