I believe I've been claimed

Steele is looking more and more like a grown up horse every day. I have to now stand on a stool to braid his mane and on my tiptoes to groom his croup. He's acting more mature too- except for those moments of absolute silliness. I hope he doesn't outgrow those.

Last week Ed and I went away for an overnight trip. I arranged for a house/horse/dog/cat sitter. She's pretty awesome and all the animals like her. Even Martin- despite how he likes to act with her. Before we left she came to double check on the barn duties. We were admiring Steele in his stall and he was agreeing to everything we said. At one point he took his head and laid it on top of mine looking at Joanne as though to say- 'see her? she's my human".  He's been doing a lot of that lately.

We went away confident that everything was in good hands. In the night Steele kicked open his stall door to the outisde. Joanne found him in the morning- in his stall but with the door wide open! When we got home Ed fixed it pretty quickly and I was discussing it with Joanne. I voiced surprise as he's not done anything like that. She stated that she thought he was acting out because I was gone. I didn't believe her.

When I went into the barn later Steele and Irish were inside hiding from the heat. Irish greeted me as always. Steele however turned to look at me and then with a toss of his head and a flick of his tail left the stall. I do believe that he was ticked at me for leaving. Later that night when I was doing the before bed chores he leaned into me and wuffled my hair. So I think he forgave me.

Tonight my daughter and I leave for a week in Manhattan. I hope that Ed is an acceptable substitute. I really do. Otherwise, we're both in trouble. 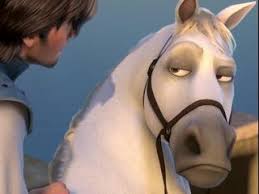