You all have, by now, seen my whiny posts about the weather.

It's been a horrible spring/summer with lots of cold weather and rain. Not only does that make it difficult to school, it's making it really hard for farmers to get the hay in.

I am literally down to four bales of hay.

As a horse person that is basically a cause for a nervous breakdown.

I am fortunate that my pastures are lush but I don't leave them out 24/7. And to be honest, I don't want to. I don't trust that they won't get spooked by coyotes (which are quite large here).  My fields are also not large enough to leave them out that much. I would end up with no grass, just a field of weeds by September. I use my paddocks as part of the feeding program and manage them carefully.

That said I am leaving them out as late as possible. Which, if you have horses that are used to a schedule is causing some consternation.

The feed they are on is essentially hay + vitamins (fibre nuggets) and can be fed as a hay replacer. So I've upped that too. But that is not a good fix, especially when you have an ulcer prone horse that you want to keep a slow trickle of food into the gut, not all at once. I semi-joked to my husband that I needed something that would drop a few nuggets every hour to keep her going.....

I have been putting them up into the riding ring after supper which has the dual purpose of them eating the grass that is trying to encroach and feeding them at the same time. This morning I plotted out where I can put some temporary fencing. I can't go anywhere with Carmen because I don't have the hay to take with me.


This means that I only need to give them some hay overnight. But I look at my dwindling supply of hay and feel anxiety starting to rise. Normally I would have at least 2 loads of hay by now.

The problem is that there hasn't been enough of a stretch of dry weather to cut,dry and bale the hay. At this point if you deny climate change I'm just going to call you stupid, k? I'm done trying to convince anyone that their google search does not actually make them more qualified then scientists who study this issue. 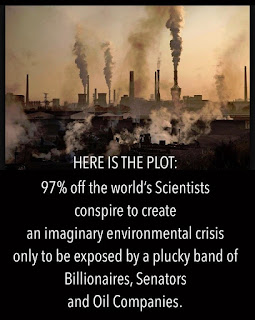 I called my hay guy this morning and his wife called me right back. She said that he hasn't even been able to get onto some fields with the tractor because they are too wet. That said, she informed me that he was planning to cut a field tomorrow that he normally reserves for his animals and giving some to his customers to tide them over until he can cut the rest.

This is making me feel a bit better but now I'm watching the forecast obsessively and it might not be safe to mention the words 'rain', 'cloud', 'rainfall warning' to me in the near future. Please keep your fingers crossed.

Because I am out of options.