Get in on the Ground Floor (and an incentive)!

Have you ever wanted to sponsor a world class riding team but didn't know where to start?


The trick is to start small and build from there.

And because I am so kind and generous, I'm here to help you figure it out.

Starting with a professional rider and FEI horse can be daunting.

So, I invite you to start with sponsoring a total and complete amateur.

My plan was originally to ride in just three shows this year. But then Five Fires announced that they are sponsoring a show to raise funds for Breast Cancer: Canter for Cure. In addition to the proceeds going to the Canadian Cancer Society, riders are asked to gather sponsors.

I thought about it and decided that I could do one day.

And then I decided to register to do Second Level.

Because what could go wrong with that?

Think about how fabulous it would be to sponsor Team Carmen and raise money for a good cause.

I know that world class teams do fancy things like canter pirouettes, tempi changes and half-pass but Carmen and I can also be fancy prancers. 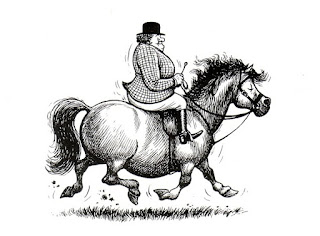 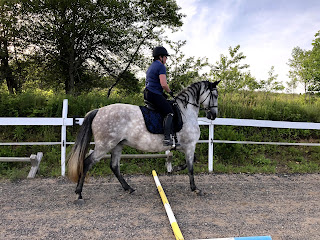 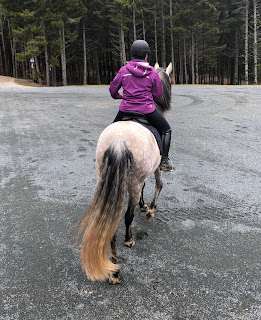 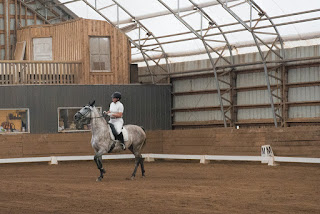 Plus there's the fact that she is part dragon. (I'm pretty sure that doesn't disqualify us. ) 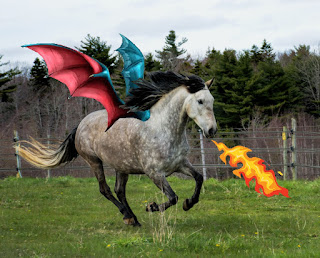 We can also look pretty: My mother and father were both taken by cancer. Some of my dear friends have survived cancer and one is currently fighting a battle with it. This is a cause near and dear to my heart. I really want to raise a lot money I have decided to add a little incentive. If you donate comment below and I will do a random draw after Sept 13 (when donations close) and give the winner a prize. I don't know what it will be yet - it will likely depend on the country the winner is in.

A few of my friends are also riding in the competition so you can choose to donate in their name instead. You will still be eligible for the draw.

Here's the process:
1.  Donations can be sent via etransfer to canterforthecure2019@gmail.com
2. Put my name (Teresa A-A) in the message so that they can credit me for the donation (or whomever you choose).
3. If you want a charity receipt put your email in the message as well.
4. Leave a comment below letting me know that you did


We can beat cancer.

Email ThisBlogThis!Share to TwitterShare to FacebookShare to Pinterest
Labels: #horseblog, a giveaway, andalusian, canter for the cure, fundraiser