This weekend is Thanksgiving in Canada. I love having a long weekend- since I don't work on Fridays having Monday off is wonderful. The weather has been beautiful allowing me to get a lot done.

I am enjoying my rides on Carmen. I forgot how much I enjoy just schooling. Cynthia came out on Thursday and we had a short ride followed by a hack in the woods. Carmen led the whole way without a blip.

Saturday was warm and sunny- a perfect morning. I washed towels and hung them on the line and then went and got Carmen ready to ride. She was perfect. It was one of those rides where everything aligns and it all seems so effortless- leg yield, shoulder in, trot poles, walk-halt transitions, simple changes. We were just in sync. I dropped the gate and we headed down into the woods. She was alert but clearly happy. As we came out of the woods I asked her to trot up the hill- she dropped her head, lifted her back and power trotted up the hill. I dismounted feeling completely happy. Carmen seemed pretty happy as well. 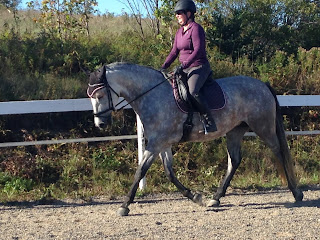 Today was another beautiful day but I waited until the afternoon to ride. I had a lot to do so was planning on just a short ride. Carmen however, had other plans. She was spooky and tense and clearly not so in the mood. Gone was the soft and willing Carmen of yesterday. However, also gone is how this used to get me tight and tense. Instead we just worked. And worked.

Here's an example:
I had set trot poles on the center line. The plan was to trot over them to C, turn left, trot back, turn right. As soon as I started down the center line Carmen went into Llama mode, fixated on C where clearly danger was lurking. She was so fixated that she tripped over the poles because she wasn't watching her feet and then got pissed over the whole thing. I asked her to halt at C facing the letter and we had a five minute discussion that no, I did not mean sideways. I then stepped the exercise down a bit- doing a figure 8 each time approaching C and changing directions. First at a walk, then a trot. Then we did the poles which she executed perfectly.

She did a bolt when we were doing a shoulder in and as I rode it I found myself rolling my eyes. In the end our ride was 90 minutes. Which is a big difference from the 30 minutes I had planned. But I wasn't getting off until she was listening. I refused to believe that she was scared because this was home and yesterday C was fine. Today she just had a bee in her bonnet.

After I gave her a bath. I figured it was my last opportunity. She was completely relaxed and I dropped the lead line while I soaped her up and then hosed her off.

Before I would really bummed and think that it meant that nothing had changed. Instead, I realize that there are just bad rides. It's not about whether a ride is bad or good. It's about whether I can handle the good and the 'bad' and just figure out what she needs.

On another note I found one of my flickr photos being used for article on how to take photos to sell a horse: Horse Nation: A Picture is Worth a Thousand Bucks 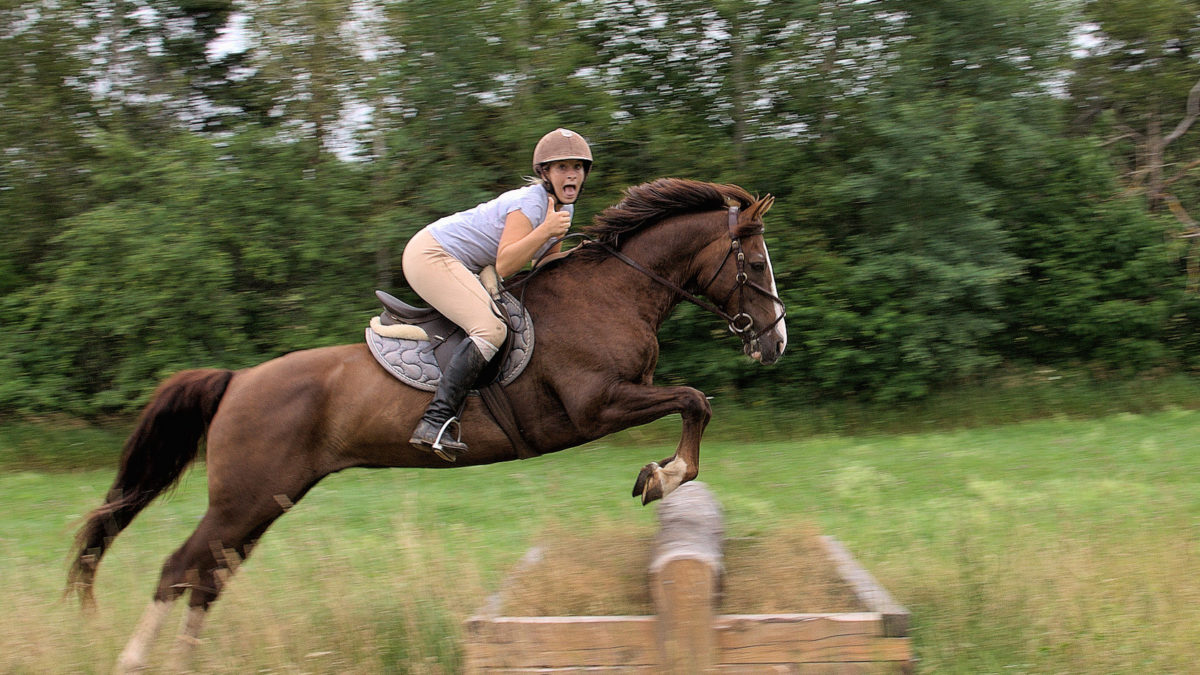 SaveSave
Posted by TeresaA at 8:47 PM