The Bold and the Beautiful

This is describing the relationship between Carmen and I right now.

She is the beautiful one. I know I'm biased but I still believe that it is true. 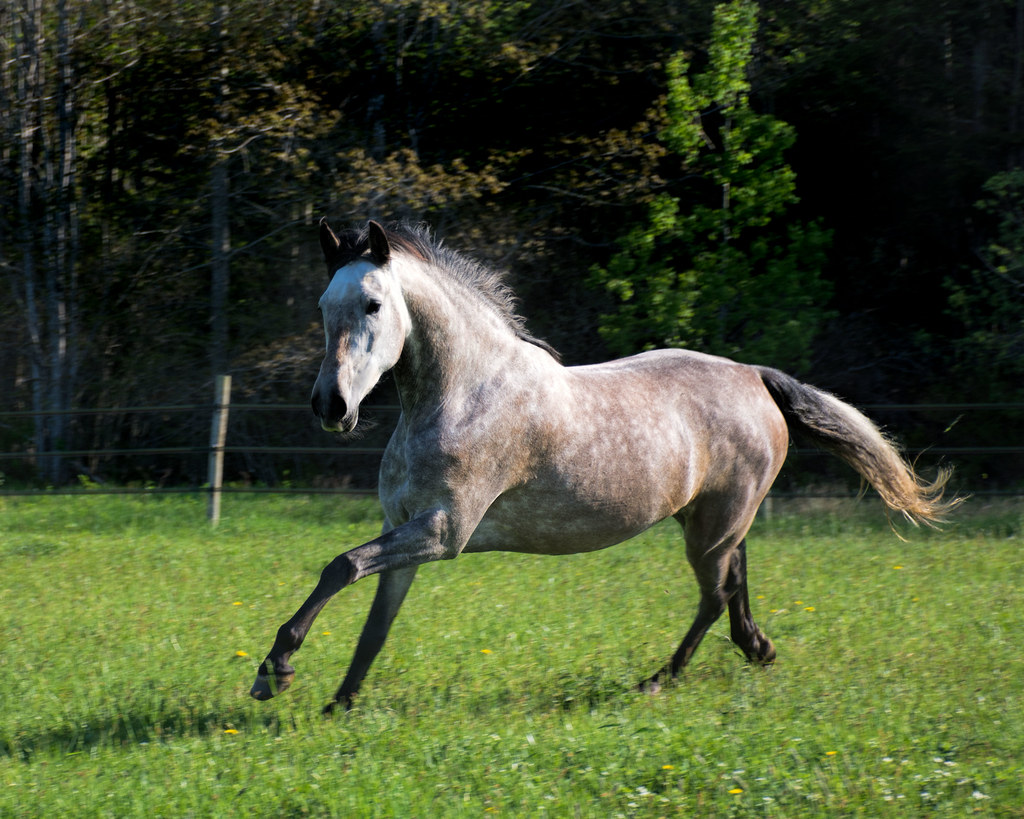 Me, if you get me in the right light and squint I could be considered cute. But hey, as Judge Judy says "beauty fades, dumb is forever". But I have a reputation of being brave. Not sure that it's deserved and that is not false modesty. I do believe that I can be brave but not always and am often struggling with inner demons that tell me I suck. What I am is stubborn.

Steele was easy to be bold on- he was naturally self-confident and it made it simpler. Carmen came with a lot of baggage and some anxiety of her own. While I don't believe I created her issues- I didn't help initially either. Mostly because I didn't understand. So when she would spook or bolt I inadvertently rewarded her by easing up on my demands. Royce pointed that out to me but it's been a work in progress.

Because it's easy to ease up on things even when you don't  know you're doing it. It can be as simple as not asking for the bend going through the spooky corner, letting go of the inside rein and generally letting her dictate how we go.


Lately I have learning how to be 'bold' in my riding. I don't mean running screaming at things a la Braveheart but to ride boldly. To sit up and ride with pride and head to whatever lies ahead. I did it at the last show coming down centre line and that nailed us some of our best scores. I can feel Carmen responding when I do that. 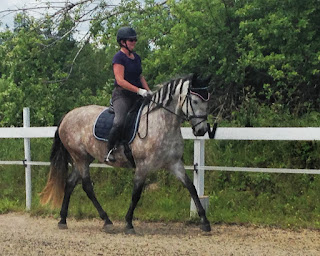 The show help clarify some things for me. Carmen can be spooky and then she stops listening. My goal is to get her listening even when she's not sure. It's easier now that I'm no longer worried that I might be seriously hurt.

In our ring our 'spooky spots' continue to be there. To be honest I believe it's become a habit. The other day I was riding her and dealing with those spots. Then we trotted down the long side by the trees and as we neared B a small black creature (I think it was a mole, might have been a small cat) leapt up the hill from virtually under her feet.
ARRGHHHH  Carmen sprang sideways.
I went with her, just losing a stirrup. What the fuck was that?  I said loudly. I really hope my neighbours are too far away to hear me. Otherwise they will think that I'm really weird and crazy.
We turned in a circle and she was not sure at all about heading back towards whateveritwas. But we walked up and surveyed the hill wide eyed.

Me: I think it's gone. I wonder what it was.
Carmen: It was a baby troll and you  know you can't get between those and their mothers. We should leave now.
Me: It will be okay.

And it was. Even though the first few times she was tense she settled back and it's not been an issue since.

The other day I was riding with Cynthia and we were having some great work. I dropped the gate and she and I played in the tall grass and over the bridge waiting for Irish and Cynthia. Then Carmen and I led the whole way out on our hack. At first she was uncertain but walked forward nicely enough. At the hill going back to the barn I asked her to trot and she did. Irish was meandering and then realized we were leaving him and picked up a canter behind us. Hearing him canter behind us did not set her off at all.

I am on vacation for two weeks and have tons of plans in regards to our riding and being bold. Even going to new and exciting places. I also need to get some up to date photos of the dogs and horses.