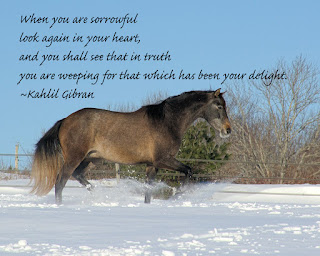 On December 14 it will be one year since Steele died. I have been writing this post in fits and starts because it's still just so damn hard. When you live to your 50s experiencing sad and terrible things is not a surprise.-that is the cost of life. There are people who have experienced far worse things than me. I  know that. But do you know what? It's not a competition. I  was really messed up by Steele's death. I couldn't even appreciate how messed up I was until a few months had passed.

I don't believe that 'everything happens for a reason' but I do believe that I have choices. I read a post on grieving that really resonated with me. It said something along the lines of 'you don't 'get over' a devastating loss. You just learn to carry it.' I have been learning to carry his death. As part of that I've learned a whole lot more about myself. The sun continues to rise and life carries on. That just happens. But I had to choose how I was going to spend those days. 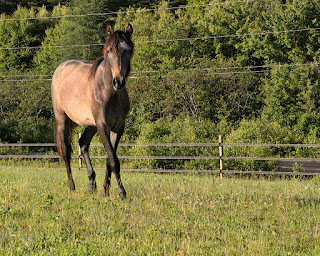 I bought Steele when he was 16 months old. I was so excited about it that I decided to start a blog about it. It was a fun way to keep a record of our progress together. I had a few followers through blogger and on FB. The day he had to be put down- a day that started so wonderfully and ended in pain and fear I was so full of pain that I didn't know how to cope. I took all that pain and poured it into my blog. That post went 'viral'. It was had over 10,000 views. The post was shared all over FB so many times that I couldn't keep track. Its was overwhelming.

It also brought out the 'trolls'. People who wrote some very horrible things to me. I didn't really understand what was happening  at first but once I did I put on the moderating feature. Without an audience they disappeared.

But even more than the trolls I was also incredibly moved by how many people reached out to me with kindness. Rosie did a painting and sent to me. It was stunning.She was someone that I had sold a saddle to years ago and knew from an internet BB.
I received cards in the mail, emails, fb messages and phone calls. I want to apologize to anyone that I didn't acknowledge and thank for their expression of sympathy. I tried to, but I really was not operating on my best I probably missed some. I am sorry for that. I lost all tolerance for drama or pettiness. I simply withdraw from it now where before I might have wanted to address it. I don't have the energy for it.

I learned a lot about grief and grieving in this. I know that he 'just a horse' and there are probably some people who think that I was/am overreacting. But here's what I learned- grief doesn't discriminate and doesn't operate on different time lines depending on 'what' you're grieving. I loved that horse with my whole heart and it was broken when he died. What I found extremely touching was that people who had also experienced heartbreaking loss reached out me with kindness, not judgement or pointing out that their loss was so much greater than mine. One woman who had lost her daughter simply reached out and let me know that she understood my pain without judgement. It was a hand reaching out in the dark to another person. Ed was amazing through this whole thing. He was grieving as well and I'm sure that he often felt helpless with me. Some days I would just curl up on the couch on him and he wouldn't move, even though I'm sure he was stiff or had 'things to do'.  I still remember that he offered to sell the property if I couldn't stay and that he told me to 'go to Spain' when I couldn't find similar bloodlines to Steele for sale. 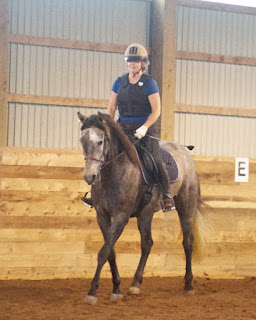 What I also learned this year is that anxiety is a beast that lies in wait for events to free it from whatever cage I had it in. I know that I often appear calm and relaxed but the truth is that I worry about things far more than most people realize. With the horrible chain of events that happened I had trouble sleeping and I couldn't drive by where it all happened. I gradually got through that but to this day I hate leaving the horses outside when we're both away. I actually force myself to stay at work and as I drive home it's all I can do to not speed. I'm convinced that I will come home and find them gone, dead, injured whatever. I know it's stupid but the beast inside does not care and it whispers to me all the time.

What happened was traumatic and horrible. And it hasn't let go of me yet. There was an incident about a week ago that really threw me for a loop:
The weather has been very similar to last years which is also I think making things a bit more 'real'. Cynthia and I had finished riding and turned the horses out while we had a coffee inside. When she went to leave I went out with her and all I saw was Irish running frantically up and down the fence line screaming. I couldn't see Carmen. This was exactly what I saw almost a year ago when I went outside. Instantly I was back to a year ago and I was overwhelmed with panic. I screamed 'where's the mare' and ran to the field. To be honest I couldn't even think of her name in the moment. My heart was in my throat and I could barely breathe. I saw her grazing calmly in the field while Irish was running up and down the line (turns out a horse and rider had just gone down the road and he always gets silly over that).
'are you all right?' Cynthia asked. The answer was no. I wasn't. I couldn't deal with the crash of emotions - it was like a tidal wave and I was actually shaking. I managed to get myself under control and said goodbye. But I was still not okay and couldn't stop the feelings. It was surreal, I knew it wasn't a year ago but it also felt like I was. I was two places at once. I went into the barn and began to sweep. The rhythm of that settled me down and I could return to the house and finish my chores. It took a long time to feel normal again. Based on internet reserch- that was a flashback triggered by similar events and time. Since then I have recurring nightmares of broken fences and the horses being loose. I should probably do something about that but it would probably require talking about what happened and I don't talk about it. Not since I wrote it out, have I spoken about the events. People tell me how sorry they are and I thank them. I then say "I don't talk about it". I don't want to get into it because I just can't.


Which brings me to Carmen. 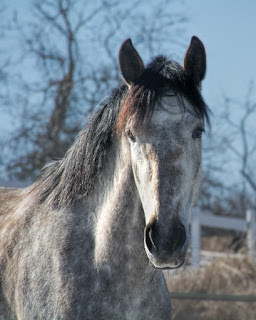 She actually is related to Steele distantly. I believe that I was meant to own this horse. I also believe that we both needed each other. Sitting on her made my heart sing for the first time since Steele died- he also made my heart sing. I don't think I would have found her without the help of my friend Karen. She even travelled down with me to help me look at the horses. Time I'm sure that she didn't have.

He was a great horse and we had a lot of fun together. I will never forget him. 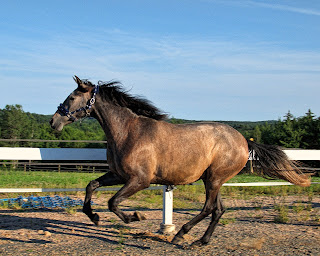 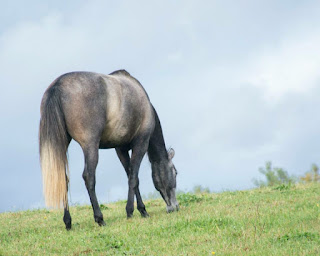 I used to watch him in the field and marvel and how I came to own such a beautiful creature.

I do not think that I will write about Steele's death again but I will speak of his life from time to time.


One last thing that I learned about grief- it doesn't stop you from being happy. I would describe myself as happy. Not all the time (that would be weird) but I am happy. Happiness does not depend on an absence of pain or on the actions of others- it is entirely up to me and I choose it. 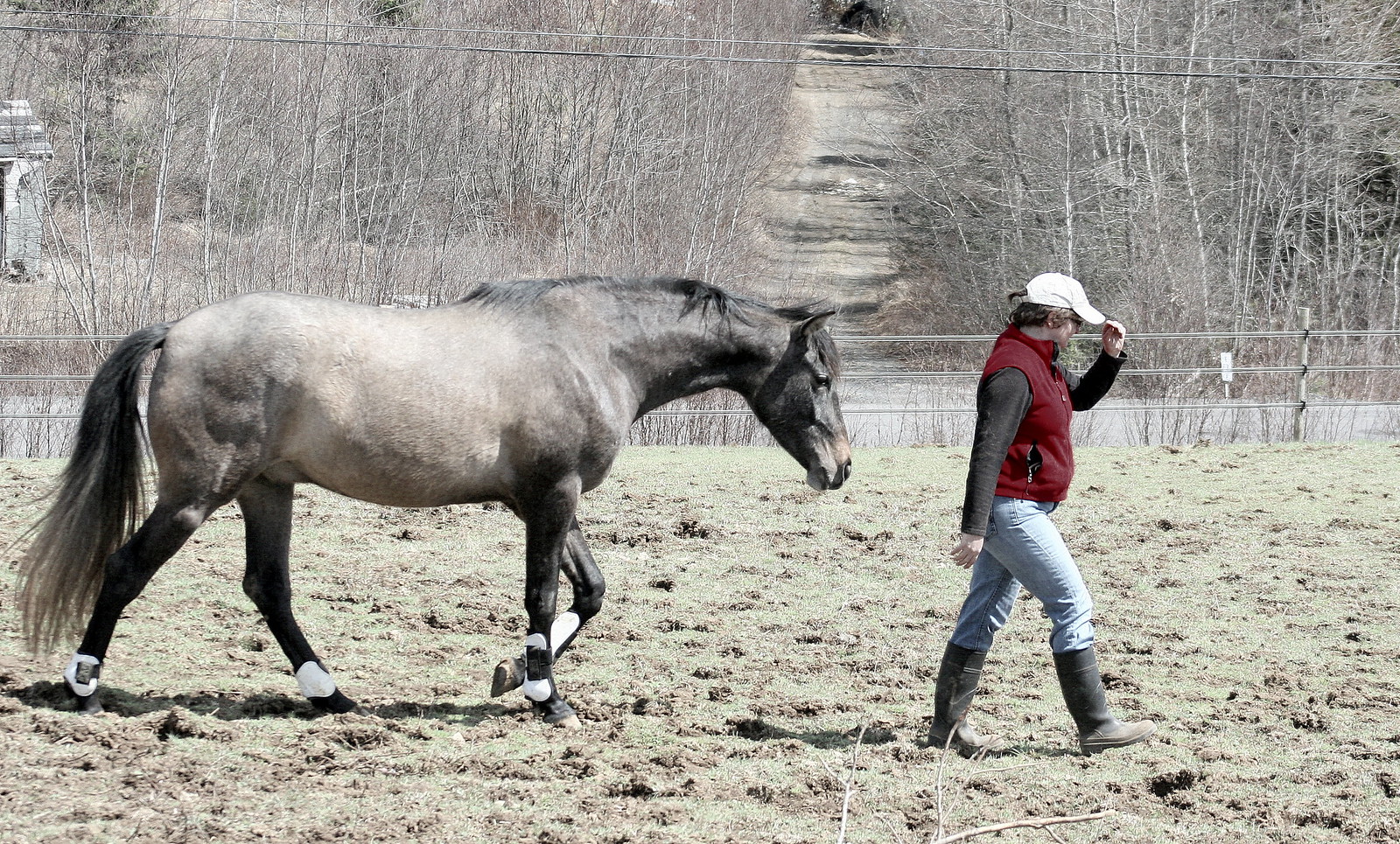