Chapter 2: The Attack of the Killer Flowers

I let Steele chill in his stall for a couple hours while I hung about and acted as his social director.

"is this Steele?"
"yes"
"I love reading about him on the blog"
"thank you"

Around lunch time I figured he had been admired enough and took him out for a walk. I had permission from the show manager to take him into the ring during lunch so that he could see everything. We moseyed around the grounds, peeked in the warm up ring and headed to the main ring.

I should explain that the ring is inside a hockey arena. In the summer they bring in dirt and take out some of the glass. It can be a bit freaky for horses the first few times. The entrance is through a huge open door that leads into the arena. It's used to let in the Zamboni in the winter and the ring drag in the summer. Irish refers to it as the "cavern of death". The first part is an open area with bits and pieces stored along the edges. The next area leads to the arena. To the left is along corridor that is the perfect hiding place for horse eating trolls. Steele walked in warily but he didn't bulk and followed me right in.

We walked around looking at everything. I then stopped down at 'A' and allowed him to look around. 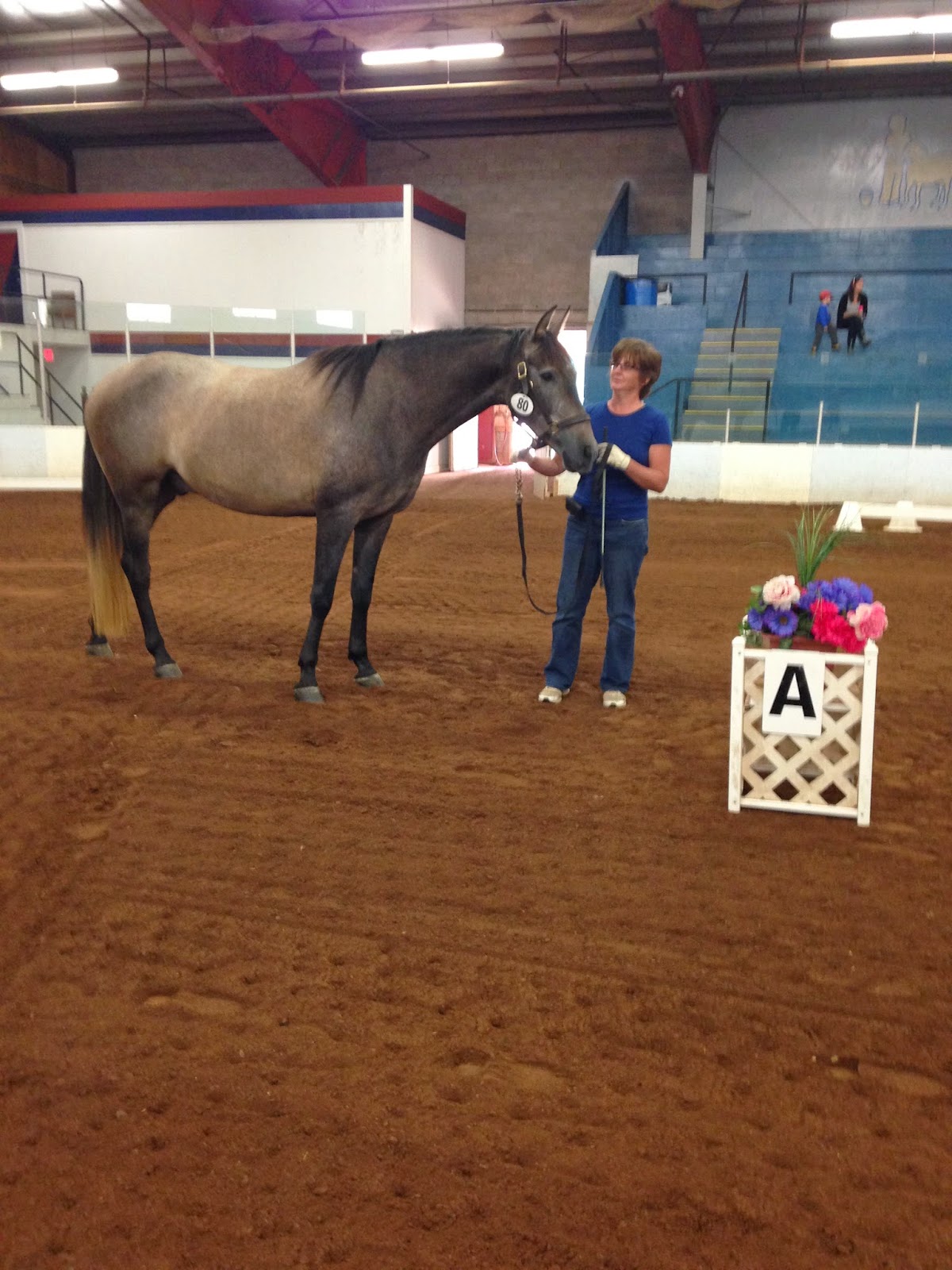 Note where his gaze is fixed. These are artificial flowers used as decoration.

When he asked to move closer I thought 'oh good' and let him sniff them. Suddenly he grabbed the fake grass in the middle and pulled back. With that the flower pot came flying at his head like it was spring loaded and the flowers flew wildly. Startled he leapt backwards and then stood stock still, surrounded by a litter of flowers with the fake grass sticking out of his mouth. His eyes were big and he looked at me
"whoa, did you see that? Those flowers attacked me! " he chewed "and this grass tastes funny"
I'm laughing so hard that I can barely stand. I try to pull the grass out of his mouth but he's resisting. I finally get it out and hand it to my friend who is gathering up the flowers and stuffing them back into the pot before we get in trouble.

Three hours in and we're still creating a sensation.