Irish has always had what I call a 'squirrel' brain. This means that he can be going along seeming to be paying attention when all of a sudden he's not with me at all. This has been our downfall at shows. When he was younger the sequence would go something like this:
I would be using my aids in a soft and tactful fashion to ask him to do something. He'd be going around 'la-la-la-la completely oblivious. I'd give a stronger aid and he'd react like he'd been bit by a snake. My riding coach would berate me for being 'harsh' and I'd feel awful and ineffectual, go back to being 'soft' and the whole cycle would start again. Over time I learned to feel when he was more out of it than others and do a fairly good job of keeping him on the aids. However, in retrospect I think that I should have ignored the over reaction and carried on letting him figure it out. I do that now and he's much more focussed. But hindsight is 20-20 and I could be wrong. 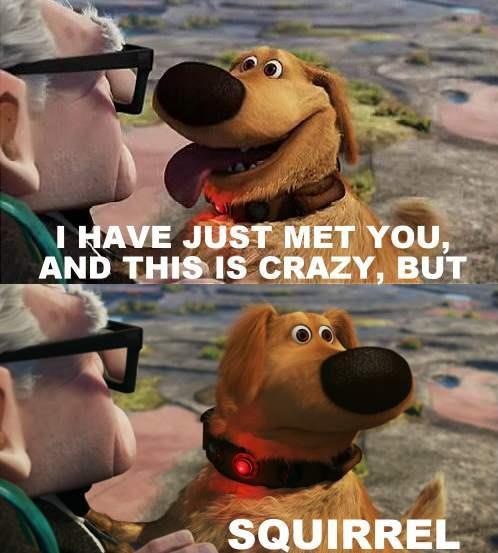 All of this is background for the story I'm going to tell you next.

Steele does not have a 'squirrel' brain. He can be quite focussed. But he can also be opinionated.  Sometimes the same behaviour can manifest for different reasons. The other day I was doing ground work with him (our sessions start with ground work and end with riding). He wasn't being disobedient but he was being really slow to respond to my commands. Sort of like a kid walking to school when he really doesn't want to go. And he was busy looking around at everything outside of the ring, his leg was itchy, his hair was in his eyes.....  And while he was technically-sort-of-listening I did not have his attention or respect in anyway.  There were flies around. However I have seen him be able to fully concentrate on grazing while not letting the flies disturb him.

I could see this and knew I had to sort it out. I tried putting my commands closer together so that he had to pay more attention. This improved things a bit but not as well as I wanted.

So he was moseying around me at a leisurely walk and I said 'annd trot'.
Nothing.
I reached out with the end of my lunge whip handle and smacked him on his rump.  He jumped in the air and whirled around, looking at me in shock.
you hit me!
well you weren't listening
I can't believe you hit me!
I can't believe you were ignoring me.

Now let me be clear- there was no beating of innocent young horses here. I didn't leave any sort of mark and he was not bruised physically. His pride maybe but I can live with that.

annnd trot
And with that he trotted off smartly. From that point on he kept one ear on me at all times and whatever command I gave he responded to immediately.

All the interesting things outside of the ring went away and he was no longer itchy.
Posted by TeresaA at 8:04 AM