After a weeks reprieve, winter has returned to Eastern Canada. Last night we had a winter storm. I woke up at 5 a.m. and realized that the power had gone out. I checked with my cell phone and saw that the power company was predicting that it would be back on around 8 a.m. I set my phone as an alarm and went back to sleep.

When the alarm went off I got up and headed out to the barn. I couldn't pick out the stalls until I let the horses out. So while they were eating I grabbed my camera and took a few shots: 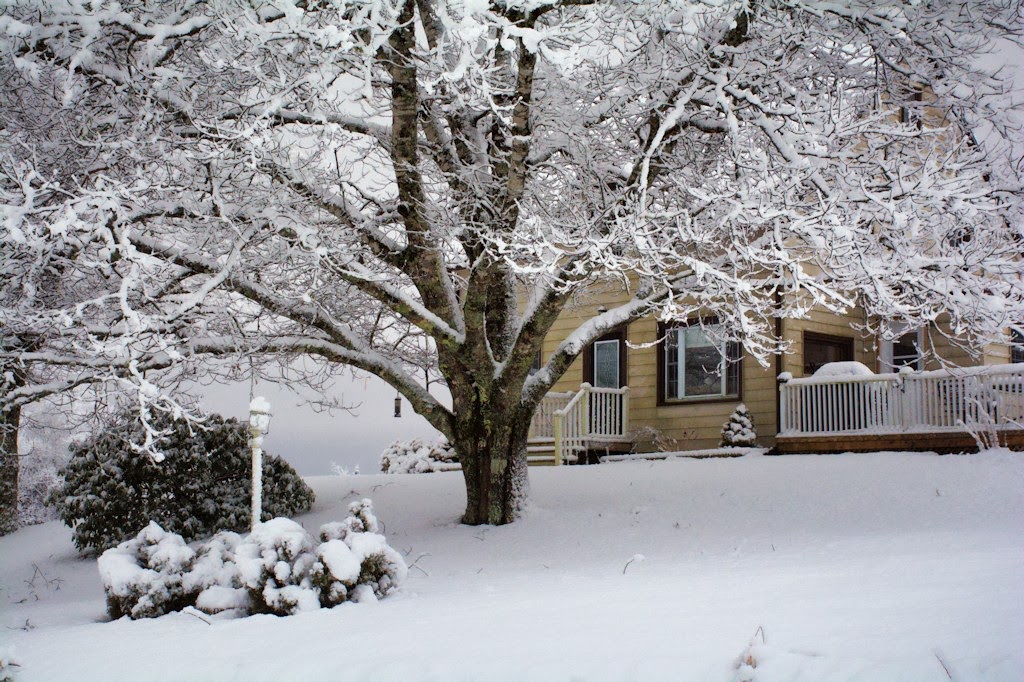 I headed back and let the horses out. I picked out their stalls but the power still hadn't come back on. I decided to stay outside and play a bit. So, in fit of exuberance I built the horses a companion:

It's been at least 20 years since I built a snowman. Naturally Steele was curious. Initially he hung behind me and eyed this new intruder. But then his natural bravery took over. Irish was on his heels.

They quickly discovered the apples. After that the poor snowman didn't last too long. See d'Arcy's look of horror. He better be careful! 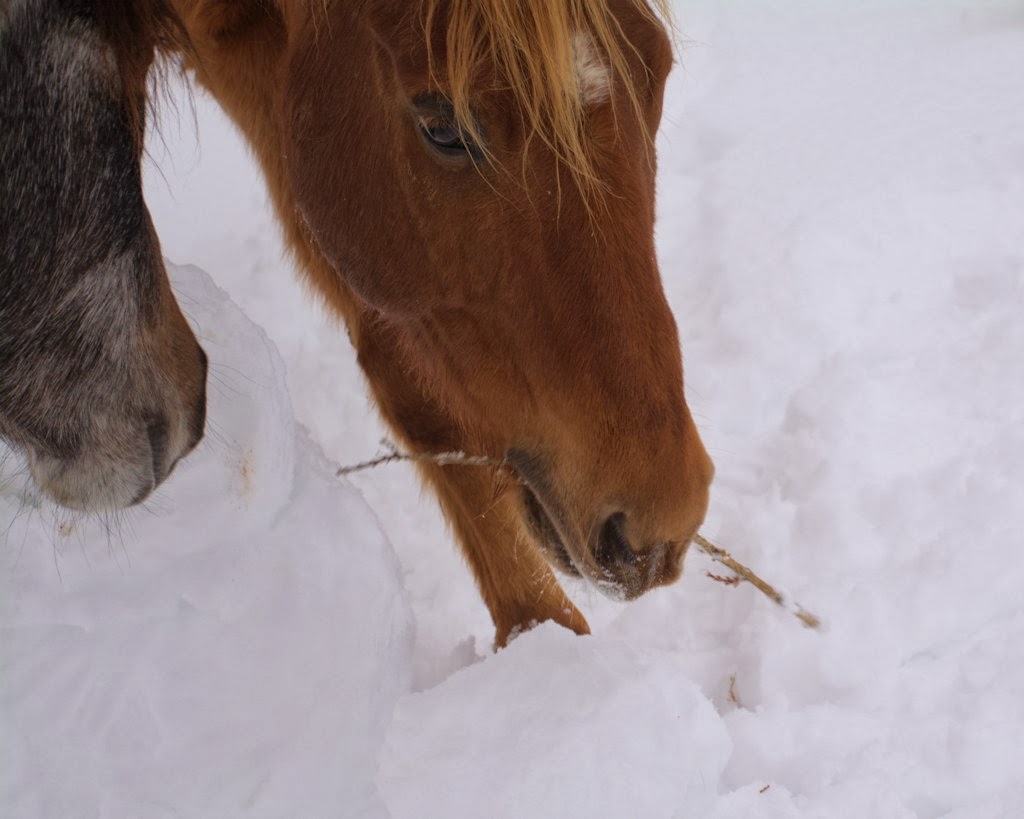 While Steele decapitated the snowman, Irish ate his arms. 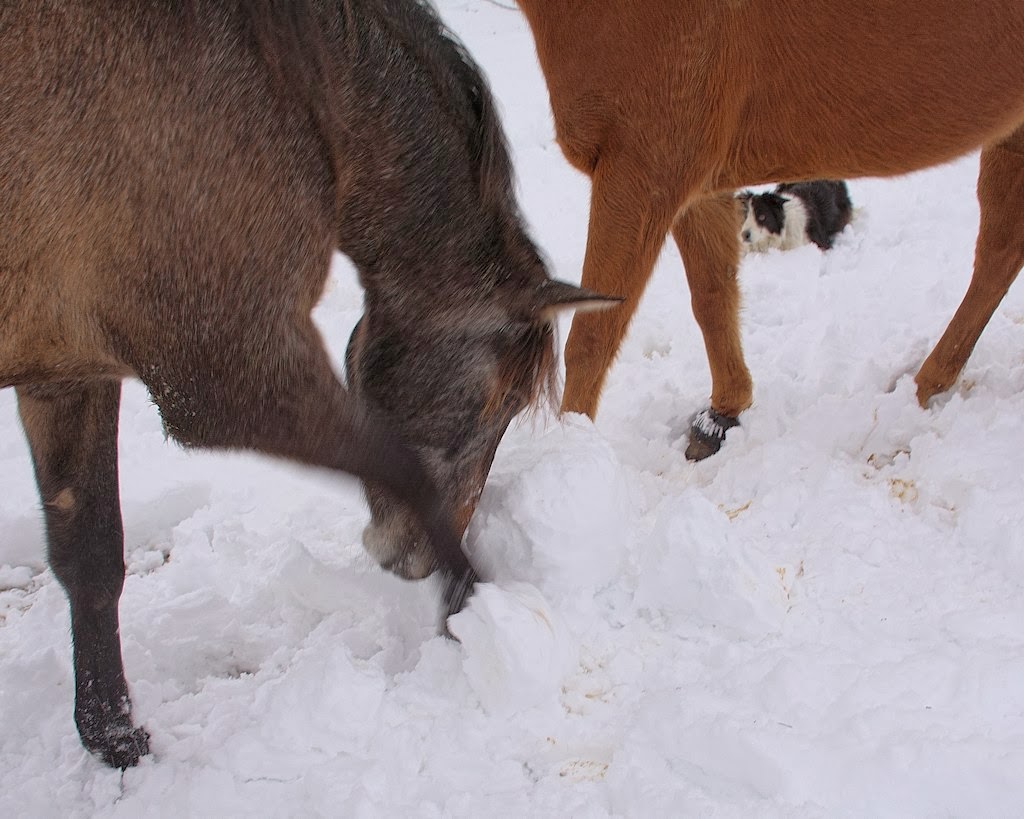 A few paws later and the snowman was no more.

I decided to head back into the house. As I headed in I saw a scene that made me laugh out loud. d'Arcy my BC was laying outside the fence 'herding' the horses. Steele had his nose down blowing on his face but d'Arcy completely ignored him. Steele pulled his head back and looked at the dog. He then spied the snow crusted on the fence. He cocked his head a bit and then reached his nose out and bopped it. A large clump of snow fell and plopped on d'Arcy's head. Looking pleased with himself Steele pranced off.

I headed back into the house and back into bed where it was warm. I checked and now the power was expected to be off until noon. So Ed and I headed into town to find a restaurant for breakfast. We do have a generator but it didn't seem worth it to hook it up for such a short time.