I had the most perfect Christmas gift today. Today was actually clear with neither rain nor snow and temperature was 8 degrees Celsius. I noticed this morning that Irish was covered in shavings which meant that he laid down through the night. He rarely does this anymore- I think because it's hard to get up. I check the front of his fetlocks- no fresh sores or blood. His other symptoms had been disappearing as well but I was holding off in case I was fooling myself.

Because everything is a soggy muddy mess the horses can't go in their field but have to stay in the smaller sacrifice paddock. To make this easier on them exercise is helpful.

So after my morning coffee I donned my breeches and headed out to saddle Irish. Ed asked me if I was going to hack and I told him that no because everything would be far to soft. Turns out that this was a good plan. I knew something was up when he started jigging going up the hill. And then freaking out at the 'A' side of the ring. I thought that he was spooking at the place across the street (it is a mess of old cars and sheds). I rolled my eyes because of course he sees this every freaking day. He was absolutely full of piss and vinegar. In fact I briefly considered dismounting and getting the lunge line but I decided that I would just ride through it.

Irish was like he was about 4 years ago. Which means a total brat. He was up and full of himself and very distractable 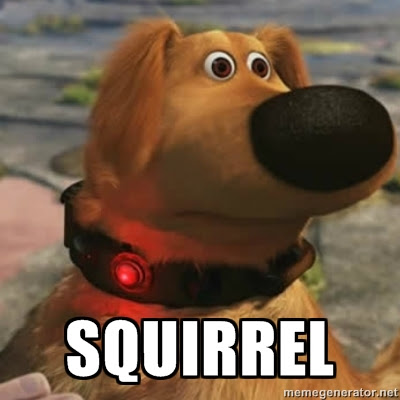 But he was completly and utterly sound. Using his hind end was not a problem. Forward was not a problem.
Steering? Well that was sometimes a problem. But we worked through it all. I know that when he's in this mood walks on a long rein are not helpful. His Thoroughbred side needs to GO. So we went- mostly trot. It's very tempting to hold on to the reins when he's like this but it doesn't help. The idea is to half-halt and do things to make him focus on me. One of my favourite exercises for this is to do a 20 metre circle with 10 metre circles at the 4 points. Once he burned off his initial energy he settled into work. On his trots across the diagonal he really wanted to lengthen. So I let him. Whee it was fun. Of course he couldn't sustain it the full way so I brought him back. But he hasn't been able to lengthen for a long time.

I was over the moon. It was so tempting to keep riding but I didnt' want to make him sore- after all he's out of shape. So we walked down to the barn. I was grinning.

Merry Christmas to me.
Given that the previcox worked so well I believe that it indicates that his issues were arthritis but I have to check with my vet to be sure. Which means it will likely recur. But that's okay. I'm going to enjoy this.