Earlier this week I was struggling with feeling depressed. Now, in full disclosure, I've been prone to depression off and on my whole life. When I feel like this I stop and look at my life and see if there's any 'reason'. Usually there is not. Not that there isn't stress or things but my life is pretty good.

What has been going on is the weather. Honestly, it's been rainy, and cold. Or sunny and windy and cold. It's officially the worst spring I remember. It means that I'm not outside much and I really need to be outside. I have been getting frustrated with not being able to do things with the horses. Not so long ago I would have ridden anyway. Maybe I'm becoming a fair weather rider but, to be honest, I don't see the point of riding when the weather is bitter cold and the wind is trying to rip your clothes off.


After a cold and bitter Monday, Tuesday and Wednesday, the weather finally improved on Thursday. Julia met me and we both had a good ride. I noticed that right after, I no longer felt depressed. I felt happy and relaxed and peaceful.

Friday we both had lessons booked with Shanea. But the weather was, yet again, cold and rainy. Like torrential rain. I convinced Shanea to come anyway with promises of supper and a bed so she could do her teaching on Saturday. Ed was sure we were crazy but he cooked a lovely dinner anyway. The rain did indeed stop so we decided to do a joint lesson rather than 2.

Carmen was a bit perturbed, after all she prefers to nap post-supper while waiting for night feed. But she was pretty good anyway and humoured me. When I mounted she was forward and a bit looky but nothing too major.

Irish was a bit wired but I didn't think too much about it. Then the neighbours brought their steers down the road.

And Irish lost his ever loving mind.

Carmen was a bit over the top too but managed to keep it together. I thought about dismounting but she would freeze, stare and then come right back to me. Julia and rode on a circle at the far end and then I moved away to the middle circle. My goal was just to keep her relaxed and forward. She was really coming along, then I heard 'WHOA WHOA WHO'.

I looked up to see Irish having a complete and utter hysterical melt down. I watched Shanea grab the reins and he started to run backwards, trying to rear and hitting the fence. I could picture him and Julia flipping over backwards down the hill. I halted Carmen and jumped off.


I gave her to Shanea and then went up to Irish and Julia. You see, I have had Irish since he was 3 (he's 19 now) and I know this horse. And I knew exactly what he needed. I grabbed the inside rein and asked him to move forward, directing Julia to kick him forward. He circled around and then I switched direction. After a few circles, I let go and had her take him out farther.

What Irish needs when he's like this is to move. There is no settling him to be quiet, he has to go out and move his butt until his brain falls back in. He began to settle into the work. Not totally settled- he looked very much like a llama. 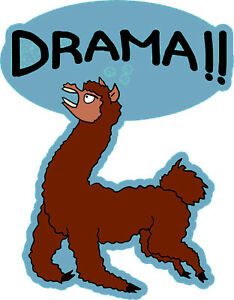 I looked back at Carmen who was standing beside Shanea with her hind leg cocked and half asleep.
I think that you need to give this lesson to Julia I said. And I'm happy with what Carmen has done so I'm not going to get back on. But I won't leave, because that would cause even more chaos.

Shanea agreed that Julia needed the attention. So while they worked I took Carmen out and we practiced our ground patterns, stopping periodically to do absolutely nothing (I have taken  a page out of Linda's book).

Carmen seemed to enjoy us 'playing'. When I felt 'done' I brought her down to watch Irish and Julia. I decided to take her bridle off and thought I could do it while keeping on her rope halter (which is how  I work with her). Turns out I can't do that and everything ended up tangled (Cynthia is rolling her eyes right now and saying that she's not surprised). So I ended up taking everything off. Carmen stood there while I untangled everything and put her halter back on. She never moved a muscle (but she might have sighed at her inept servant). I then let her over and let her graze around the outside of the ring.

In the meantime, Julia had Irish's brains back and they had some lovely work. Not that he ever really got over the idea that the cow's went down the road and never came back!' I am assuming that they moved them to the field for the summer.

I was so incredibly proud of Carmen. She handled everything and I loved that she was the 'good one' even with all the shenanigans. And my depression appears to be gone.

And I arranged for Shanea to teach me early the next morning before she had to leave. But that's a different post because this one is far too long.