A few weeks ago I received an email from our Provincial Association inviting me to an awards reception. At first I thought it was a generic one inviting all members but on re-reading I realized that they were saying that I had won an award. I spoke to Ed and we made plans to go (apparently if you need me to go somewhere just send me an email that I have won something).

I actually didn't know what I had one and when I was sitting there listening to all the awards I thought that I had misunderstood the email and was going to have to explain to Ed that this was a mistake, but hey we had a nice day together. Plus we went to Ikea so it's really a win.

Then I heard my name. Not once but twice:

I was, of course quite chuffed about the whole thing (NB: 'chuffed' is a word meaning very pleased).  But not because of the ribbons (although those are very nice and going on my wall) but about what they represent- the work that I put in.

Back in January i wrote a post about my goals for 2017. I met all of them. Well, except for going to Hobby Horse but we did lots of other things. Carmen and I went off property to show, do clinics and to play. My main goal was to have fun with her and enjoy the experience. As the season unfolded we gained in confidence in ourselves and each other.

So I will celebrate these ribbons- not because I won, but because I went out there and did the things.  And we totally slayed it.

And didn't look half-bad either: 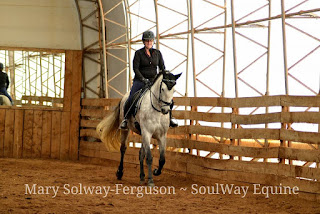 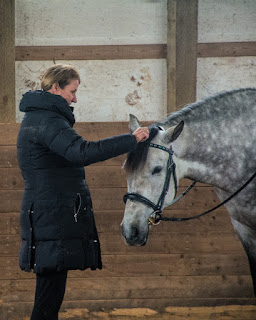