Not that I would.

Mind you, I might be using wine as a calming agent at our first show (in 2 months, OHMYGOD) but I would not be high.


Okay, now that I've totally lost control of this post let me try to get back on track.

It poured all day saturday but Sunday dawned clear and sunny. It was a stunning morning- a light mist over grass the was starting to green and singing birds. It was a morning that promised good things. 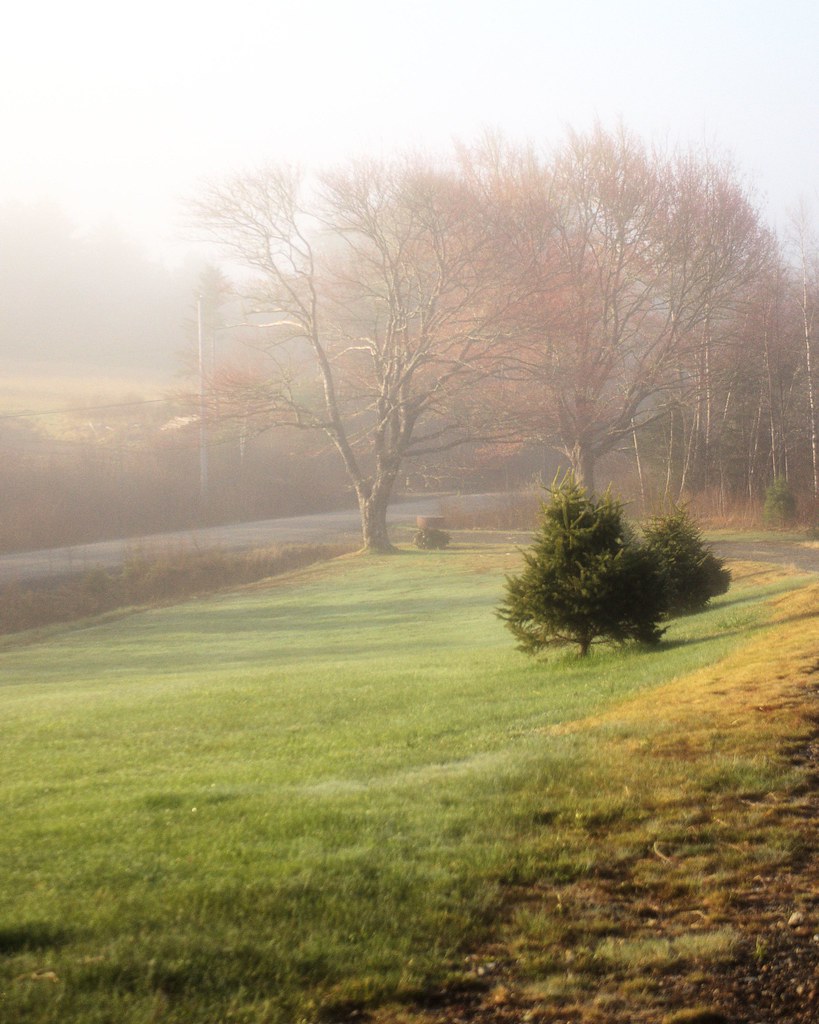 I checked the weather and it was forecast to change so I quickly texted Cynthia to let her know that there was a riding window in the morning. Her husband answered that she was still asleep but woke her for me. She donned her riding clothes, grabbed some coffee and hit the road. While I waited for her to come I dug some rocks out of the ring and sent up some cavalettis for walking. My goal was to begin introducing some honest-to-goodness dressage stuff. I was no longer going to be happy with just that she steered, trotted and didn't spook (much).

When Irish and Carmen were happy and relaxed getting ready. In the ring I showed Carmen the cavalettis and we walked through them in hand a few times. She was not worried. I didn't do much work on the lunge because she was tuned in from the beginning. I mounted and we went to work. Based on what I saw on the lunge I carried the crop from the beginning. When she hesitated walking towards a specific location I gave her  a leg cue and then if she ignored it the lightest of taps behind the leg. Soon we were moving forward and working at a nice steady walk and then trot. She gave a bit of a spook in troll corner but I ignored it and we carried on working.

We walked over the poles on both reins. She struggled a bit with them - not sure how to carry me and time her pacing but I kept it low key. The idea was not perfection- the idea was to introduce the concept of carrying herself.  I was enjoying doing patterns with her: walk over the poles, pick up a trot, trot to short side, turn down the quarter line, leg yield left to the rail, trot about 20 strides, transition to walk, turn up the quarter line and walk over the poles. Repeat. It was busy enough to occupy her mind but not so busy that I became impatient with the aids.

We did some trot-canter- trot transitions and those are improving all the time. If I ask too tightly or at the wrong time she will kick out to let me know so I try to be subtle. We then walked and practiced our stretchy walk. I was happy with how she stretched out and marched. She comes back to the shorter rein without fussing. I finished up with some 10 metre circles into shoulder in. when we were getting it to the left I asked her to trot. She was not impressed.
Carmen: um. excuse me? We were done.
Me: Not yet.
Carmen: what part of WE'RE FINISHED are you not understanding?
Me: The part that says 'finished'. There's just a bit more to do.
Carmen: *sigh* fine.
Me: Good girl.

Our SI's were more shoulder fore but I accepted the try. I then switched direction. She had a much easier time to the left. After a few minutes I brought her back to walk and patted her. We walked up to the gate. I halted and reached over and dropped the rail to the ground. She didn't bat an eye. I picked it up and moved it forward a bit. She stood and chewed the bit. I walked her forward and hopped off.

I was thrilled with our work. She and worked as a team without a battle or fuss.

We might actually make a dressage team after all. 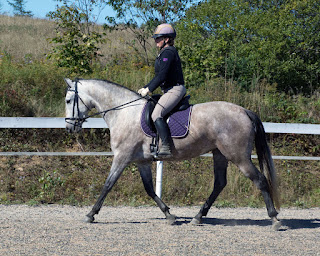