You have to look forward or you'll never get home. ~War Horse (quote from movie)~


Forward is my new favourite word. No matter what else happens when I ride Carmen we must be going forward. My other favourite word is 'confidence'.


After that word, I have some favourite phrases:

Poor Carmen. Her world has changed so much in the past few months. Some of it she likes. Like grass, grain and grooming. She is not sure about the liberties I take sitting on her back. But that's okay. I know that I can force her to do things through my own strength and, heaven forbid, buying some gadgets. But I have decided that it's much better to help her figure out that it's all not so bad.

It's a bit of a tightrope. I don't want her to view our sessions as a constant battle but nor do I want her to learn that she can walk all over me.

So we carry on. I have ridden her four times now with my strategy of 'forward' and while she has stopped once or twice or sucked back she has not gone backward and she has not refused my ask that she go forward in the direction I'm pointing.

The other thing I'm doing is riding with confidence. I've decided that I don't care if I come off- I will not ride defensively. This means that when she sucks back or acts like she's going to buck I sit back more - I refuse to curl forward and give her an excuse to stop. That requires me to over rule my instincts. It also means that the tighter she gets the looser I must get. That is also really hard. When you're riding a horse that is sending signals that she's gonna blow, the body instinctively tightens to be ready to react. That creates a negative spiral. So I force myself to relax. I positively slouch.  I exude 'whatever'. 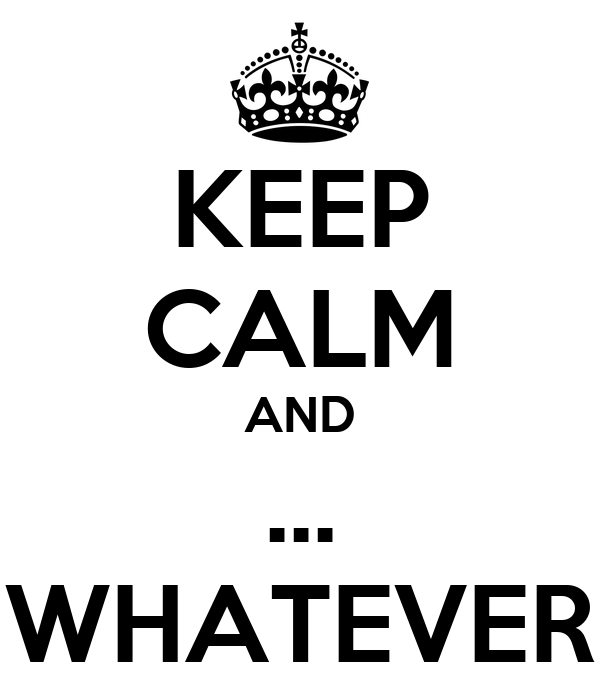 I stay focussed on what I have planned. So if we're coming around the bottom part of the ring to go up the trotting poles and she's acting all worried about the trees in the next field I just keep going. We have converstations like this:
Carmen: "oh my god. did you see that troll
Me: "yes, I know, but we're going this way
Carmen: but we might be attacked at any second.
Me: well sure, but let's bend. I hear it's good.
Carmen: but..but..
Me: good girl

Slowly but surely she starts to relax and focus on the work. Because I don't change my goal even though she might freak out. Before I would shift my attention to where she was focussed. I think that reinforced it. Staying on task is helping me too. I'm much less scattered in my attention and less concerned about what will happen because I've planned what will happen. I've never been good at multi- tasking anyway.

Yesterday I rode in the evening with Cynthia. She stayed over so we rode early this morning too. Both rides rocked but let me tell you about this morning:

On the lunge she started off very quiet. I loved her walk. She was looking around but casually and without stress. I asked her to trot and she picked up a lazy trot. In the past I would have accepted that but I now know it's a trap. It's her saying 'sure I'll give you this much and you will be happy servant' . I asked her to trot out more. She frowned at me. I was more direct, at which point she 'spooked' and took off. No problem. Let's canter. And canter. And more canter. So we worked through on the ground that listening to me is the way to go.

When I got on she stood still. We walked off on a longish rein to other end of the ring. After some walk work I asked her to pick up a trot. She was a bit sticky but I kept asking with my legs by squeezing gently, release, repeat. She got more sticky so I gave her a light tap. She kicked at the whip but went forward. Which is what I wanted. We trotted figures and the poles. My goal was to keep her steady and bent around my inside leg. She did really well with this. It was not perfect but she became quicker in her responses. A few times she acted nervous and I made sure that I stayed back, relaxed my legs, engaged my core and urged her forward. I could really feel it working.

We then tried some canter work. She was VERY sticky. I find that to be true when she's in full heat (which I think she is). However, once I get her through this part she relaxes and it's lovely. So I made sure that I was giving with my inside rein and urging her forward. When she swung her butt to the inside I asked her to move it out. She gave a couple small hops and such. It really seemed to me that she was expecting that this would make me stop. But I was trained by Irish. I know bucks and these weren't anything more than bunny hops. So inside rein forward, sit up and off we go.

I adopted the attitude of not caring that I was giving her enough room to run off on me. If she had done that I would have gone with it and used that momentum. She seemed confused. She would relax and then stick. Always by the gate. hmm. So we're on our third canter(ish) circle and as we come around Irish and Cynthia are trotting down the long side. I make our circle smaller and urge her on. She wants to stop and visit Irish. Irish wants nothing to do with this because he knows it's not going to end well.

As we go by Carmen throws a mini tantrum. Irish! I.WANT.IRISH. STOP. NOW  I don't know why but it struck me as funny. It was like a toddler tantrum- annoying and cute at the same time. I started to laugh. Not giggled but flat out belly laughed as I as urged her forward. 'come on Princess Pissy Pants, let's go forward!  That did it- she picked up a lovely canter and we carried on.

After we schooled a bit more, Cynthia dropped the gate and we rode down to the barn. It was the first time I've ridden her out of the ring. I thought that she would be locked on Irish but her ears were on me the whole time is this right? we're going this way? are you sure? okay then.

It seems that laughing at her and calling her Princess Pissy Pants is actually helpful. 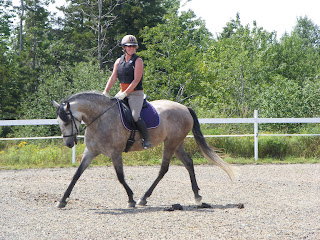