As you know, Carmen and I have been working through some things. Many (if not all) of which boil down to two issues: confidence and leadership. I developed a plan and have been working on it. I was reasonably sure that I was on the right course but, because I'm not a professional, there was always that nagging voice that was doubtful that I knew what I was doing at all and that I might be ruining a very fine horse. 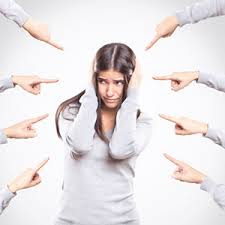 However, things have been getting steadily better and Carmen has not been running away every time she sees me so I decided that I just needed to carry on.

After all pretending that you know what you're doing is almost as good as knowing. Right?

Yesterday I hurried home from work because Cynthia and I were meeting up to go for a ride. I hadn't ridden since Sunday but I had my usual plan of 'groundwork first and then see'.

Carmen stood in the cross ties and when I went to groom her face (normally she's quite hesitant about this) she rested her face into my chest and closed her eyes as I stroked her forehead. I tacked her up and we headed up to the ring. Once we started to work I realized that the hunch I had in the barn was right- this was going to be a good session. There was not one spook (even in Troll-Corner). So after a f ew minutes, I put on her bridle and we headed for the mounting block. As you know, I won't mount until I'm sure she will stand. I think I could have gotten on the first stand but I decided to play it safe and walk her back again. She stood and I got on.

And then we went to work. Honest to goodness work.

Not that it was perfect. It was not. But there were many many moments of very good. And not that all of the worry about the waving grass, leaves and troll-corner weren't there. They were. But they were muted. So a few small spooks but right back to work. I worked on walk-trot transitions. She can be a bit balky with these at first and I'm working on finding the right balance of aids for her but this time I gave her a small kick and when she broke into canter I let her carry on. The goal was 'forward' and I didn't want to confuse her by pulling her back when she went forward. Besides, riding her canter is like sitting in a canoe going down a lazy river. It's that comfortable.  We even rode right into Troll Corner. it wasn't pretty but we both survived. A few times we halted and I gave her free rein to look around. I had a grip on my bucking strap just in case but I didn't want her to feel that I was holding her there by the bit.

We worked in some Training level stuff: trotting on a bending line, free walk on  long rein, and transitions. Once when we were cantering I could see that a horse fly was stinging her ear. Except for a head shake or two she carried on. On Irish I would have reached forward and got it but I haven't taught Camren that yet. So I came down to trot and then walk and reached forward and squished it.

Ohh, thank you! I didn't know you could do that!

It's time to get out the fly bonnets.
I eneded by halting near Troll Corner and dismounting. 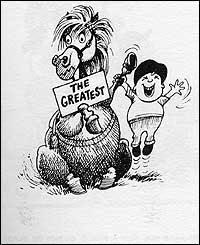 I feel that we're getting there. And I'm thinking that that it might soon be time for an excursion off site.


On other horse related stuff:
Karley on 'All In' is doing a contest to celebrate her 700th post (I'm not even close to that yet). Her blog is interesting- about her training, showing and life with horses.

And I was shopping for wine as a Birthday present and I had to buy this for myself: 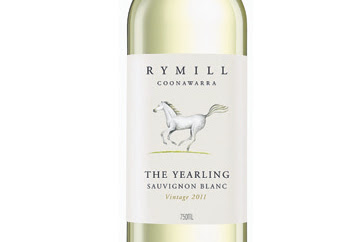 Because you have to buy wine if it has a picture of your horse on it, right? I'm sure that that's a rule. I'll let you know how it tastes.
Posted by TeresaA at 9:13 AM