Disclaimer: This post is not actually about the horses. However, it is related, albeit in a round about way.

If you follow this blog often you will realize that I am a goal oriented person. I like to set goal, figure out a plan and then work towards it. I can be pretty stubborn determined when I set a goal.

Last year I looked at some photos of myself and realized that I couldn't avoid the realization that I was getting decidedly 'fluffier'. I could not call myself fit or trim. In fact I had definite characteristics of a marshmallow.

Awareness is the first step.

I knew I had to take action but how? That was the big question. I have friends who had awesome results from various diets. But let me go on record as saying I hate diets. As soon as I tell myself I can't have something I get all cranky and defiant (my mother is nodding her head at this statement). Jump ahead a few weeks when I met up with a friend to take photos. He had lost a lot of weight and looked fabulous. I commented on it and asked him what he did. I waited for him to tell me about the special paleo/17 day/no gluten diet. But he didn't. Instead he pulled out his iPhone and showed me this app. 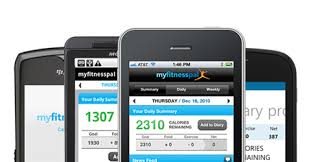 It's called 'My Fitness Pal'. As he described it, it seemed perfect for me. First of all it's techie- I love tech. Second it's based on information- I love data. Third- there's not special diet. All you do is put in what you weigh (yikes), your age, gender, lifestyle and your goal. It calculates how many calories you can have per day. However it's 'net calories' not total. This system works for me. I don't like being told I can't have a cookie. I am however willing to negotiate for a cookie (i.e., exercise). I set my goal so that my weight loss would be gradual. I wanted to fool my body into thinking that I was meant to weigh less and didn't want to rebound.

Initially it was hard. I started exercising more. Snowshoeing burns a lot of calories. When the snow left I discovered Zumba. That's fun and it burns a lot of calories. I lost weight slowly. The problem with losing weight slowly is that no one notices at first. The other problem of using a scale is that my close started to shrink before the scale recognized that I was slimming down. That was discouraging. But I kept at it. At this point I've lost about 30 pounds. I'm back into clothes that were too tight and some of them are loose. I feel great too.

In the winter I heard about this thing called "Mud Hero". It's an obstacle course of 6 kms  for charity. It looked hard. So I decided to set that as goal to do for the spring. A friend signed up with me. This gave me impetus to keep going on the fitness track. The day we were scheduled to do mud hero there was a hurricane. So it was postponed to sunday. My friend was dealing with the damage and power outage from the hurricane so couldn't go. I thought about not going- I hadn't planned on going by myself. But then I decided I had to do this because I had set this goal and I was completing it dammit.

So I went. I arrived early (like they said) and wandered around a bit. Registration was fast and I got bored so I decided to sneak into an earlier run. Yes. I broke the rules. Me.

the course was set on a ski hill so the first part was going straight up. I started at the very back. Some crazy people started jogging. I just set a walk pace and kept going. I began to pass people. Some people stopped to rest but I knew that would make it harder to get going on such a steep hill so I kept my pace steady and made it to the top. Phew. The path went to the left and through some trees. People passed me jogging but I decided to keep my walk. I'm glad I did because on the other side of the trees was another incline. Yikes. I tried to tell myself that I could walk away anytime i wanted and no one would care. But I realized that I wasn't kidding myself- the only way I would be leaving early was on a stretcher.

I won't bore you with all the obstacles but they were fun and working on a the farm is really good training:


Some highlights for me:
In the end I finished 37/117 for my age/gender group and in the middle of the field overall. The next day my glutes were sore but otherwise I felt pretty good.

How does this relate to the horses? Well they have a lighter load to carry. And I find that now that I'm fitter being effective in the saddle is much easier.

Here are some photos from the day: 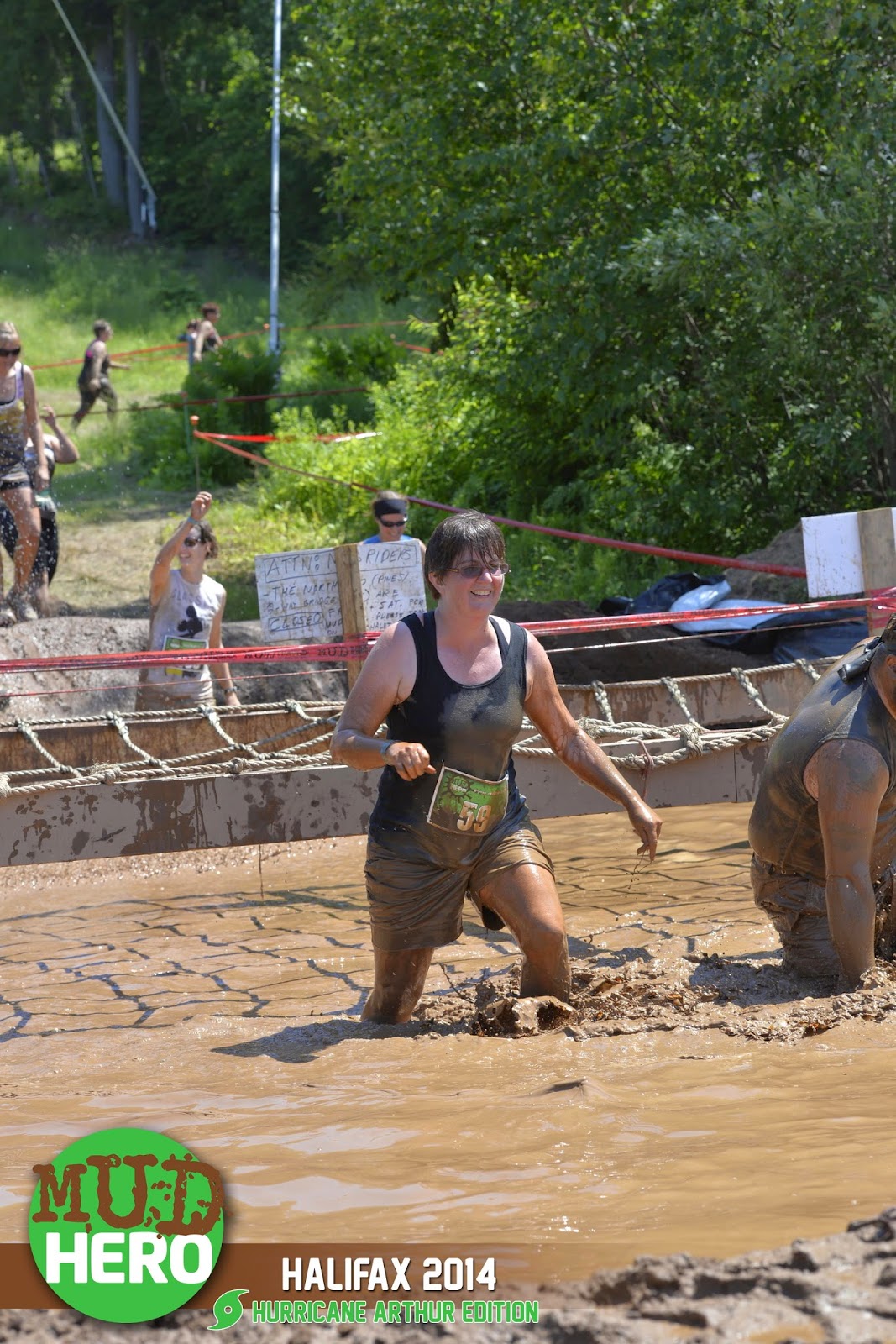 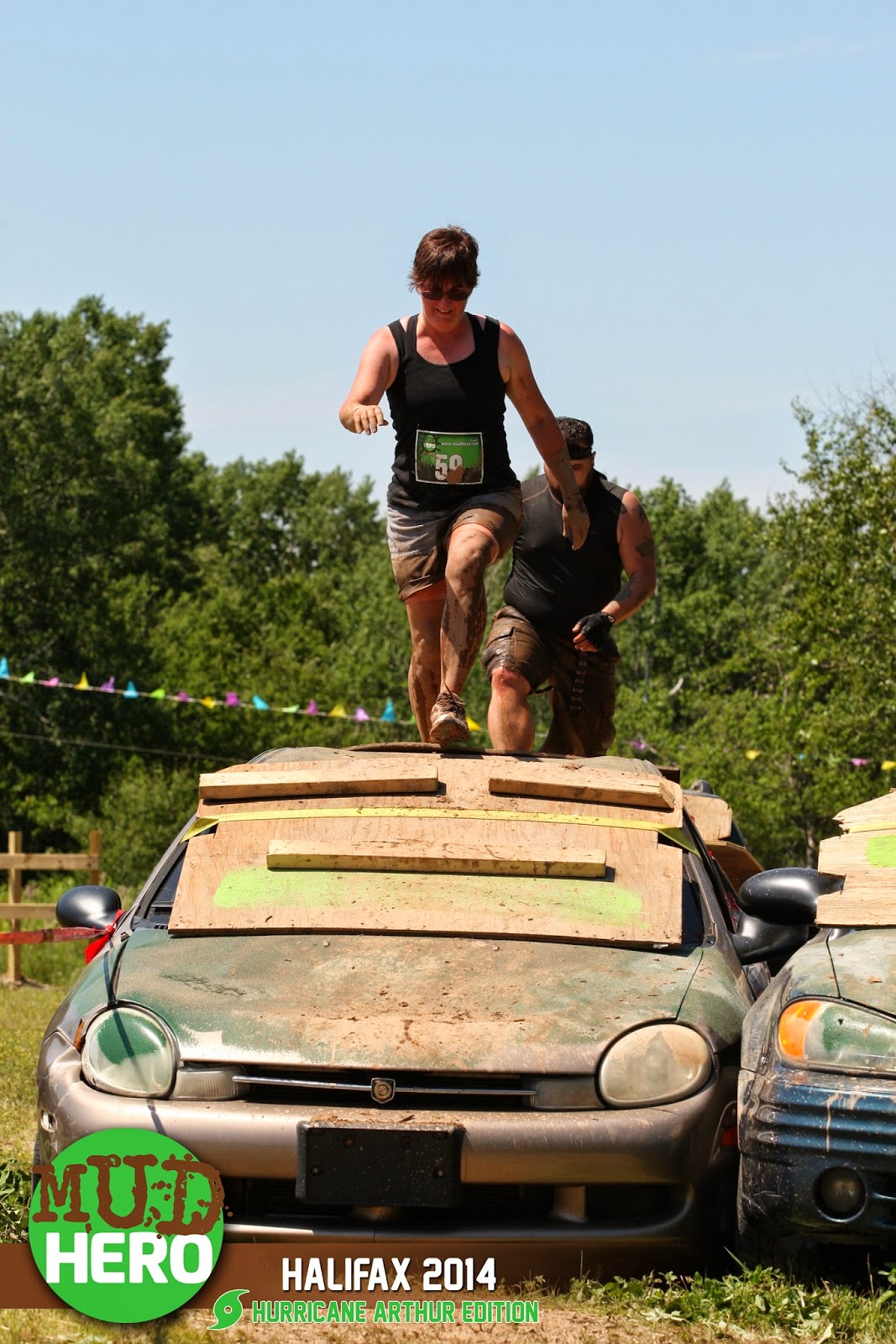 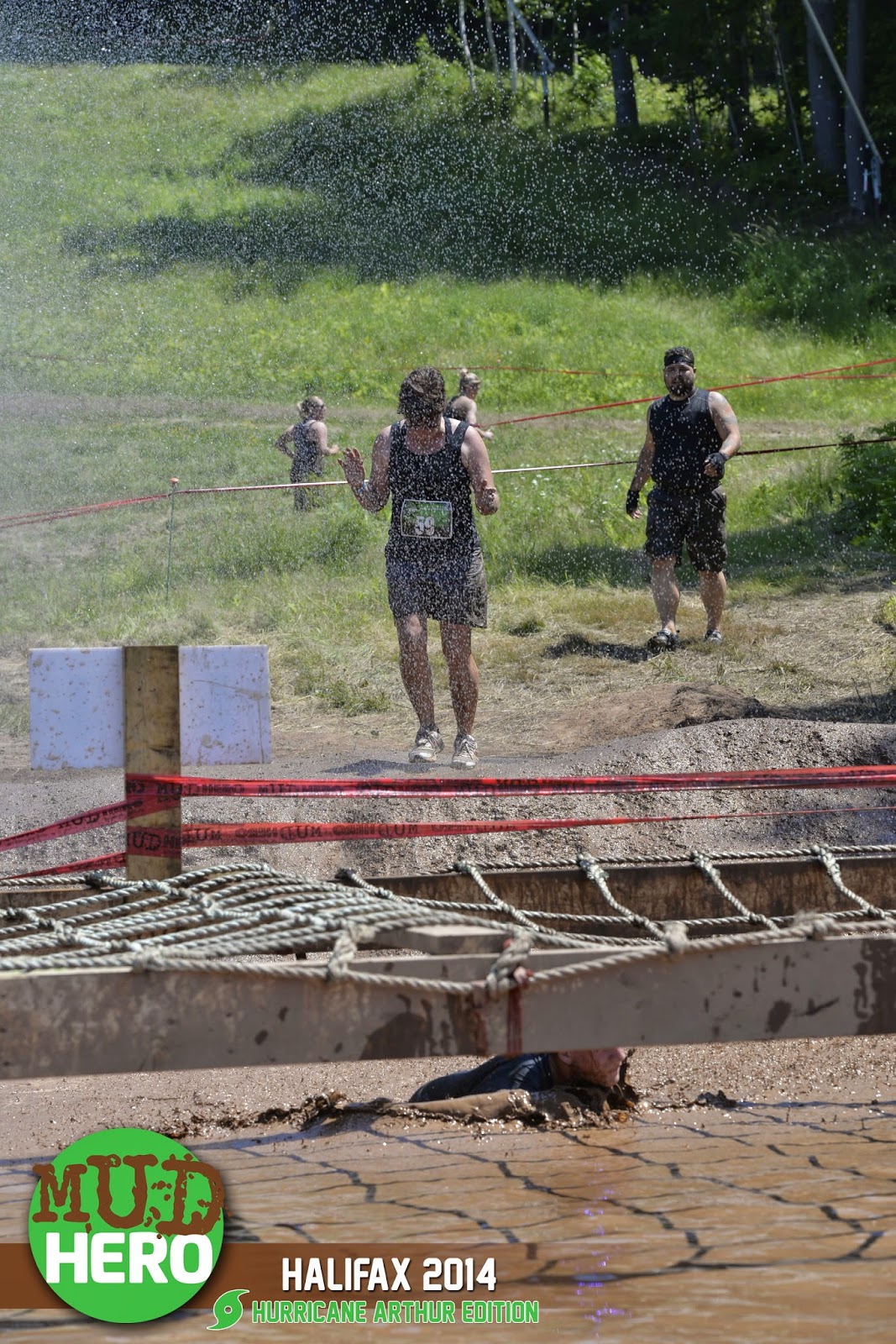 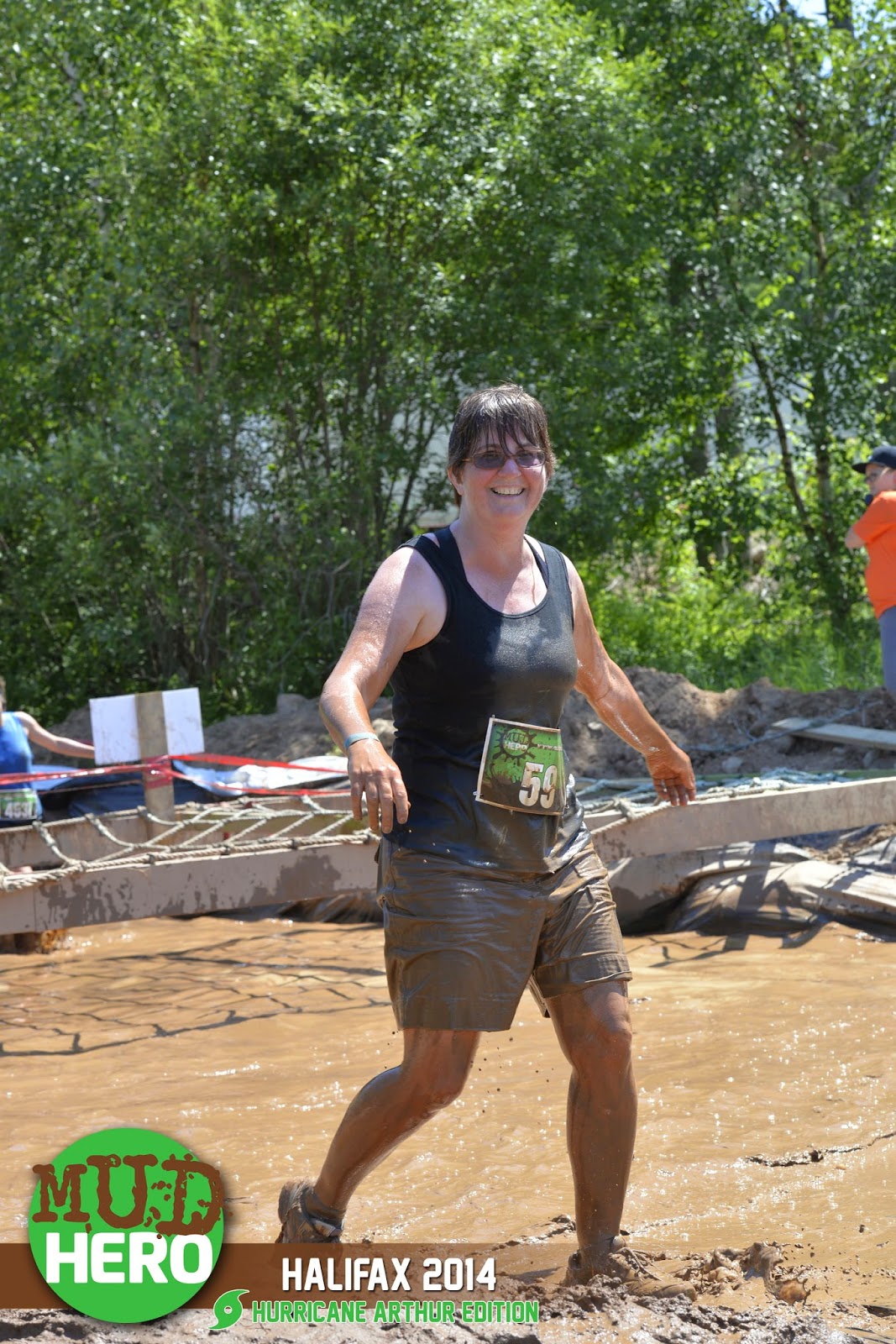 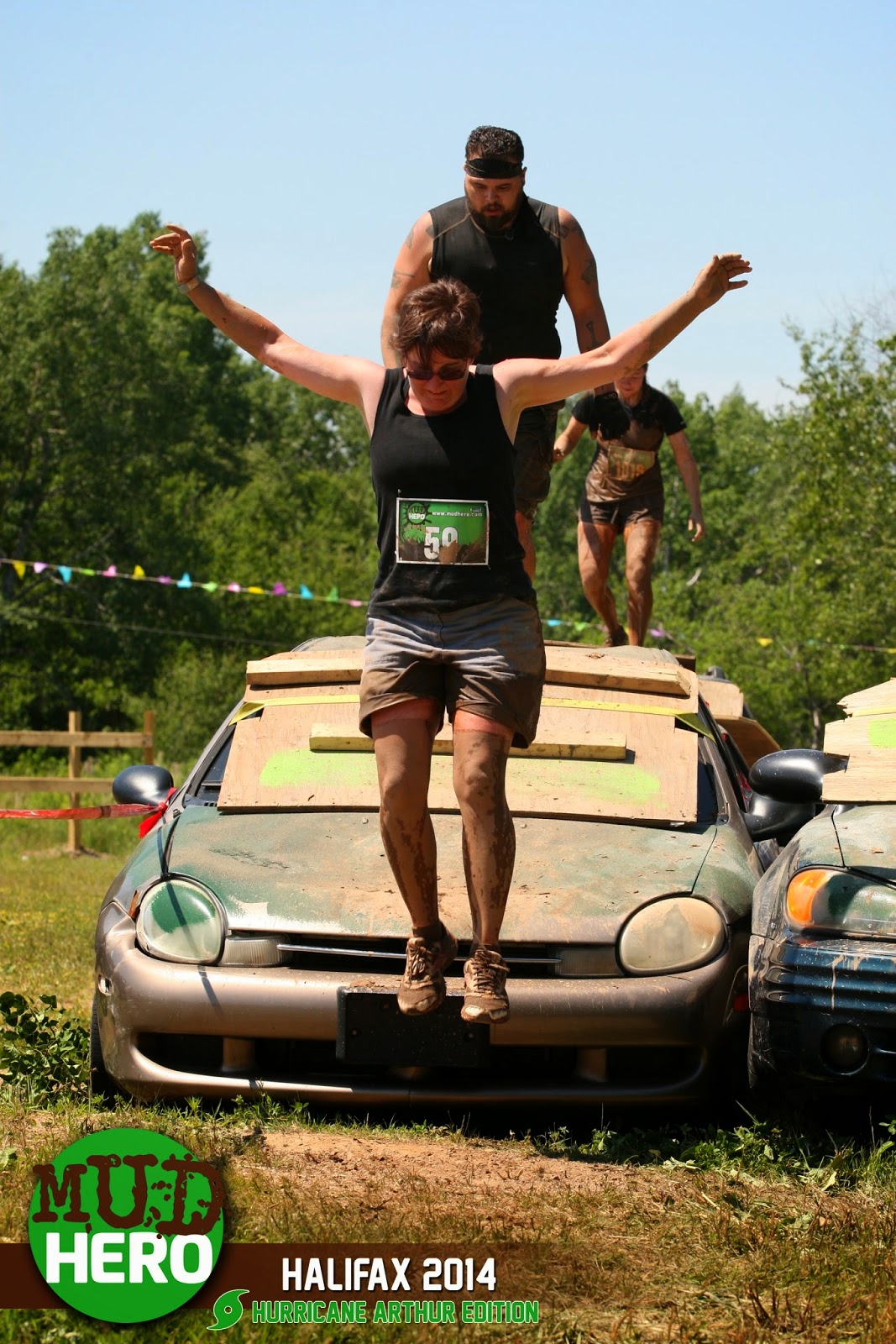 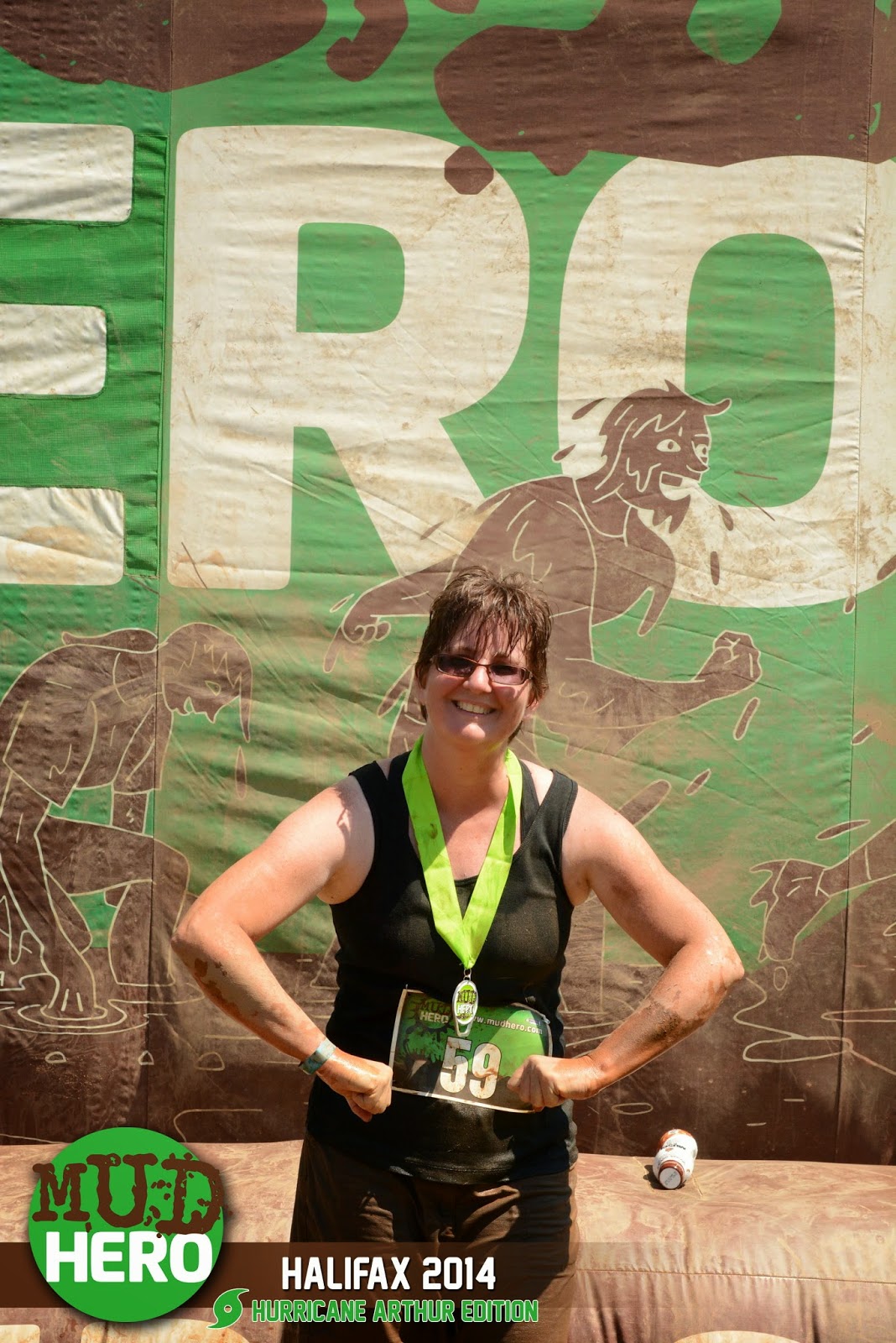 I always figure that if you are dirty at the end of the day then it's been a good day. That was a good day.