Being Cut by Occam's Razor 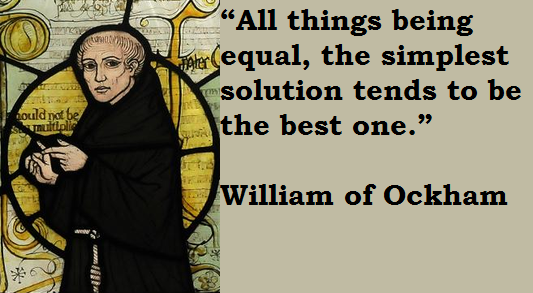 A few weeks ago I was contemplating calling the vet to do an evaluation on Carmen. Our rides were deteriorating and bolting/ resisting was becoming more frequent. I couldn't figure out why.
Then I headed to the Obstacle clinic and she was absolutely perfect. For example, on sunday we were standing beside another horse when a loud and strange noise happened outside the arena. The horse beside her began to freak out, she looked at him, blinked and then went back to standing with one leg cocked.
Two days before she lost her shit over a sparrow outside the ring. I was sure it was something physical and I had numerous theories:
But her behaviour that weekend put all these theories out of my head.
Clearly the issue was me.
I was so worried that she was hurting that I was too tentative in my asks and backed down when she protested. From this she learned to use her behaviour to get out of work. For the past two weeks I've been making sure that I'm very clear on what I'm asking and reward when she's trying. When she engages in her  negative behaviour I increase the pressure and don't back down until she softens.
That lead to ride we had, frankly, a brawl. It was not pretty.
But since that time we've been steadily improving. 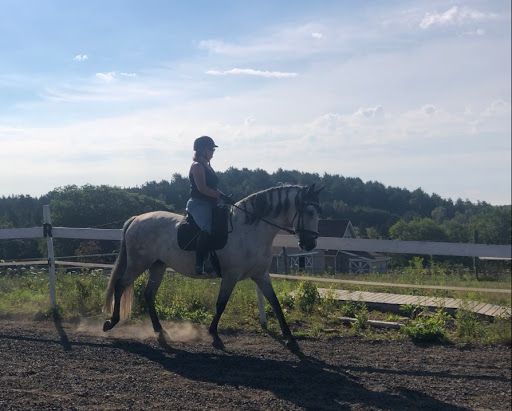 Nice and soft here, no sign of the brawling Carmen
Our rides consist of me being super clear and honest and having expectations that she will respond. In stead of worrying about her  tension I use it as a 'tell' and ask her to do something (usually bend). If she spooks we work hard in that area and, when she softens we move on.
When things are good we stop and have a break. But even the break has a rule- we stay in the same spot until I pick up the reins and ask her to move. If she moves on her own I put her back, however many times it takes to get her to stand. 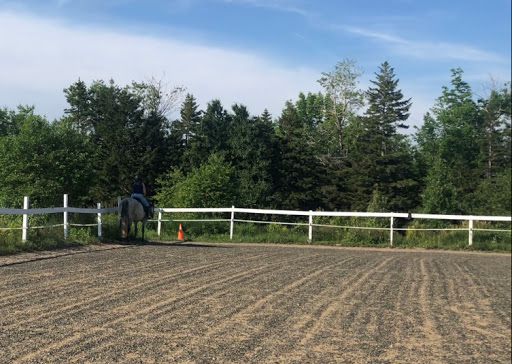 You can't tell here but we're standing on a long rein. Last week she could no more stand here than I could stand on my head. Of course the heat wave has helped her to enjoy the shade.
Shanea is very supportive of this and doesn't object when I stop and drop the rein as a reward. She's seeing how well Carmen is responding to this.
We can now work on actual dressage things. Like trot to square halt transition. 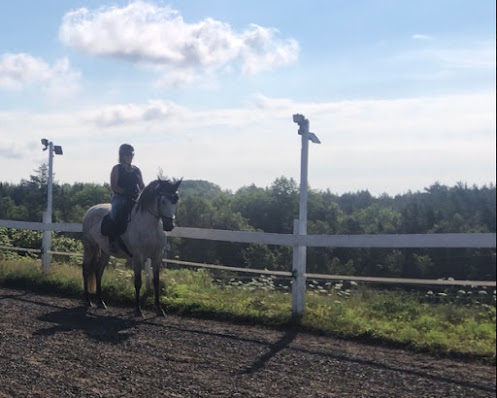 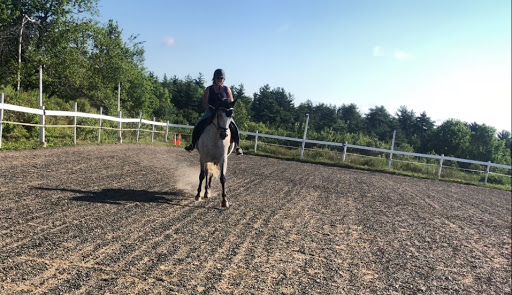 The change in bit is helping too. She's more responsive and less likely to lean.
She's becoming more focussed on what is happening inside the ring and less worried about outside.
It's not perfect but it's much better.
I should probably bummed that I was so wrong and made this so complicated. But I'm not. In fact I'm relieved. I've learned some important things about myself and Carmen. I've changed my mind set of Carmen being a 'spooky' horse to one of her being a sensitive and somewhat dominant mare. I've learned that I can actually sit her antics and make her work through them. I definitely couldn't do that before.
Unless I'm completely wrong again. But what are the odds of that? 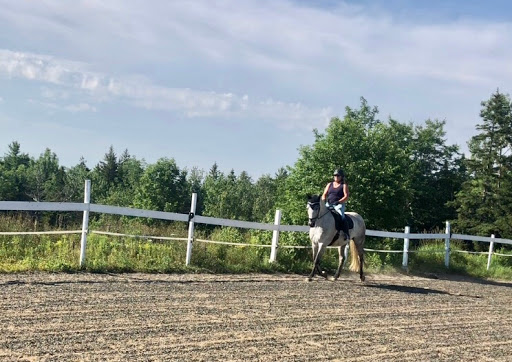