I was relieved to feel back to normal on Thursday. The nice thing about a migraine is that it feels so good when it's gone.

Okay that might be a little too 'glass is half full'. But still..... 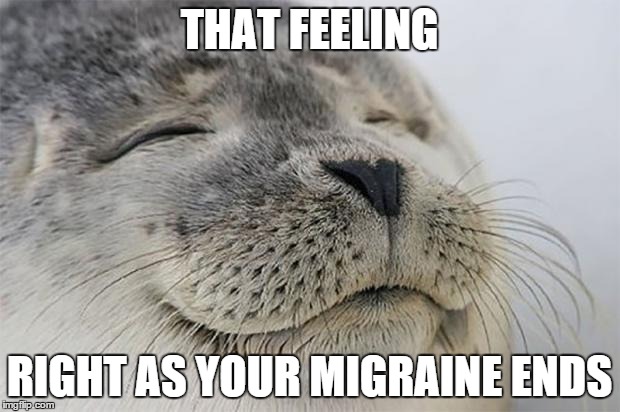 It also corresponded to the weather stabilizing into a sunny day. Julia has moved to the area and we arranged to meet up and ride.

Carmen was a bit tight when I brought her in but that was okay because I already planned to lunge her first anyway. I figured that if she was stiff then being able to move without me on would be good for her back.

It's been interesting looking at my work with her through the lense of helping her to deal with pressure in a way that builds her confidence. As I start back I'm squashing all the 'I should' thoughts. Ones like:


Not that I don't want to work on all those things but that if that becomes my focus I will fail. I am trying to keep with my 'process goals'.

So I'm trying to gauge her internal pressure and ride accordingly. It took a little time lunging her for me to feel that she was in the right head space. But when I mounted she stood stock still and moved off when I asked. I could feel her walking fast and tense and I tried to use my seat to keep her slow. Without Karen to guide me it was much harder to do. I could tell that she was much more comfortable in the bridle so I was glad I had her teeth done.

As we walked on I just focussed on staying calm and not tight. As we worked she began to blow and relax. As she did that I began to ask for more things: trotting, going by her spooky spots, bending etc. When it fell apart we regrouped and began again. Every now and then she sent me the message that she was thinking of freaking out. I would relax more and just stay the course.

There was this one point where she gave a big shy. I sat up and she came to a stop herself and then began marching towards what had spooked her. Honestly, this is the first time she's ever done that. I gave her rein and let her march towards the rail with a loose rein. She looked over the fence, sighed and we then went back to work. I loved that she dealt with the startle herself. I literally did nothing but sit there. As for what spooked her I think it was the song birds (Carmen: um they were velociraptors) that were flying madly about. (Carmen: trying to attack us. And they were armed).

After that we were able to work on walk-trot transitions, a little leg yielding and even some canter. We took some breaks and each time she would just drop her head and relax. I let her have the rein to do that. If she took off I figured I would get enough warning to be able to take up some rein.

Friday was supposed to be rainy all day but there was a patch of clearing in the middle of the afternoon so Julia came out and we took advantage.

In the morning I had hitched up the trailer to check that it's all good to go this year.

Of course the horses noticed and I think that contributed to some extra tension on Carmen's side for our ride. She was definitely more tense and not so sure about life. It was also really windy, which never helps. I kept on task and made sure that she had things to occupy her brain rather than random dangers lurking in the woods. We managed to end on a good note with her being relaxed.


So there's a lot to do but it feels like it's in the right direction. 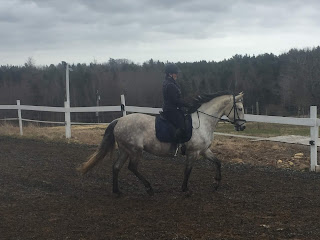