Steele will be three next month. He's coming along so well and lately I've seen a real jump in his maturity both physically and mentally. I wanted to look back at how he's developed over the past 18 months.

Here he is shortly after arrival:
He looks like a skinny teenager.

Over the winter he filled out and here he is this spring: 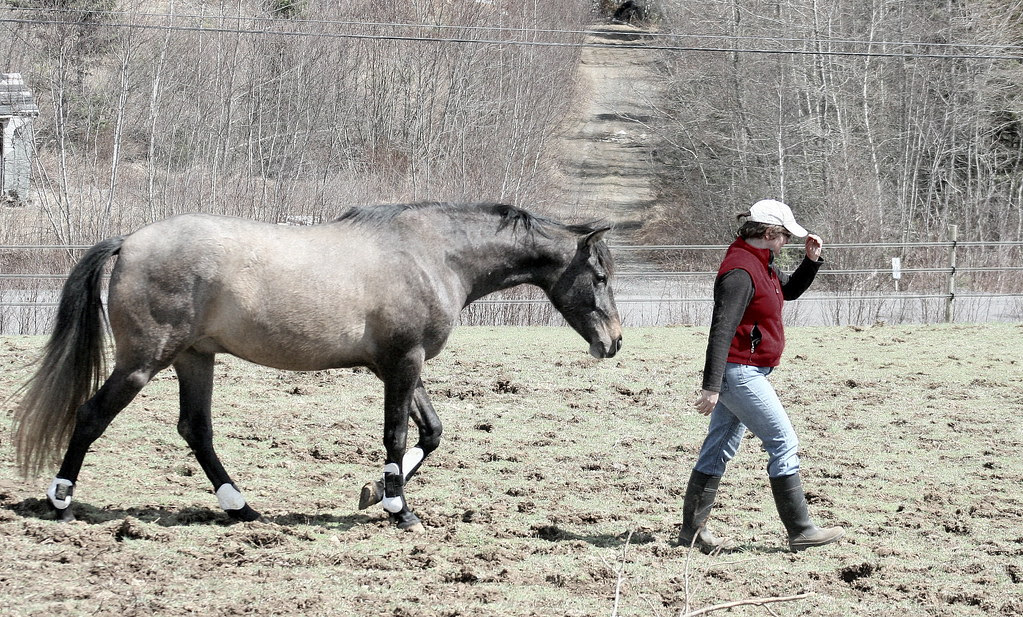 And now you can see how he's filled out and just look more mature.
I now have to stand on my tiptoes to groom his butt. He's still quite 'roany' but now his tail looks like it's been dipped in blond paint!