Well I didn't see that coming

Today after work I snagged Irish out of the paddock to have a ride before dinner. Ed was not home and usually I send him a text when I start and I'm done. That way if he doesn't hear from me he knows I might be in trouble. This time I forgot until I was mounted and decided to wait because Irish was a bit tense and I wanted both hands free.

As I started my ride it was obvious that the Issue-of-the-Day was tenseness. In this case I usually do lots of stretching movements. I had some some stretchy circles at the walk with some progress so I picked up the trot. As I was going down the long side of the ring towards the road I was letting out the rein encouraging him to stretch out over his back and reach for the bit. I saw a yellow VW bug on the road slowing down to watch. It isn't unusual for cars to slow down when we ride and I don't really think about it. All of a sudden Irish slammed on the brakes, deked backwards and then spun to the left. It was a total surprise. One second I was flowing along and the next millisecond my horse was no longer underneath of me. The principles in inertia kicked in and my body kept going forward and then to right as Irish went left. I had only one foot in the stirrup (on the right) and one rein. I lost both my left rein and stirrup and I was leaning dangerously to the right. Irish became further upset with this and began to run away. I realized that there was no salvaging the situation so I jumped off keeping a hold on the reins. Irish came to a stop and looked at me wide eyed. I suppressed the urge to curse but walked over to the mounting block and got back on. This time with shorted reins and making sure I had my inside leg on. The VW bug had come to a stop but now trundled on. I have no idea if it was the car that caused him to spook. I couldn't see anything else.


I got back on immediately and we went to work. It really was not a great ride. I spent the whole time trying to get him to be relaxed. I did finish on a good note. Back in the barn I checked and he had no sensitivity in his back so I'm going with the idea that it's all mental.
I have no idea how I can come off a horse and land on my feet ,but I've always been able to. Years ago Irish would buck  and I would fly off, landing on my feet and holding the rein. Of course now that I've said that, next time one of you sees me come off I'll probably land on my butt. 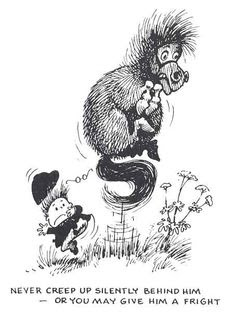